Things have certainly taken a turn for our heroes! Fear not, dear readers. I have faith our rollicking conclusion will satisfy readers in general - and homosexuals in particular.

I can always eulogize Sony Style, and I'll probably get around to it Friday. I was on a plane twice yesterday, and I'm not sure but I think that at some point I attended the Spike TV Video Game Awards, so I should probably transcribe those hazy visions. Robert and I went down there, I don't remember why Gabe didn't fly as well, but I understand that he's pretty focused on his new rogue. We got out of here at noon and we came back at midnight, which is itself a kind of ridiculous feat whose effects I may never recover from. Airborne pressure appears to be stored up beneath my molars, piping from time to time like a calliope.

I think that it's well understood that the realm of live television is the realm of artifice. However, I propose that it is one thing to feel reasonably assured that it is a construct and another thing to literally behold a hangar full of its mechanical guts. The awards show itself was a relentless, punishing spectacle punctuated from time to time by odd exchanges, strange victors, and product placement.

I do not hold it against them that they did not feature gamers of the sort that I would recognize. I have no interest in seeing a person who looks like myself on television. At the same time, I think there may be a gaming culture and a gaming aesthetic that is definable and does exist. The musical elements of the show I found immensely entertaining, but I did not recognize or resonate with the lion's share of what was happening. This is something else I don't hold against them. I think that the process started by Sony's Playstation is now one hundred percent complete. I think that what has happened is that we are no longer relevant. Gaming culture has been seized, reconfigured, and commodified and programs like this are just the taut skin over a pulsing boil.

If we wanted to catch our plane, we had to cut out early - which meant skipping the "afterparty" said to feature the prince of the dirty souf, Ludacrisp. There was an image of him on the ticket, and he had been modified with Photoshop or perhaps Goo to make his left arm large and imposing, like a fiddler crab's. At any rate it seemed like a a dangerous arm and it's probably for the best that we avoided it. 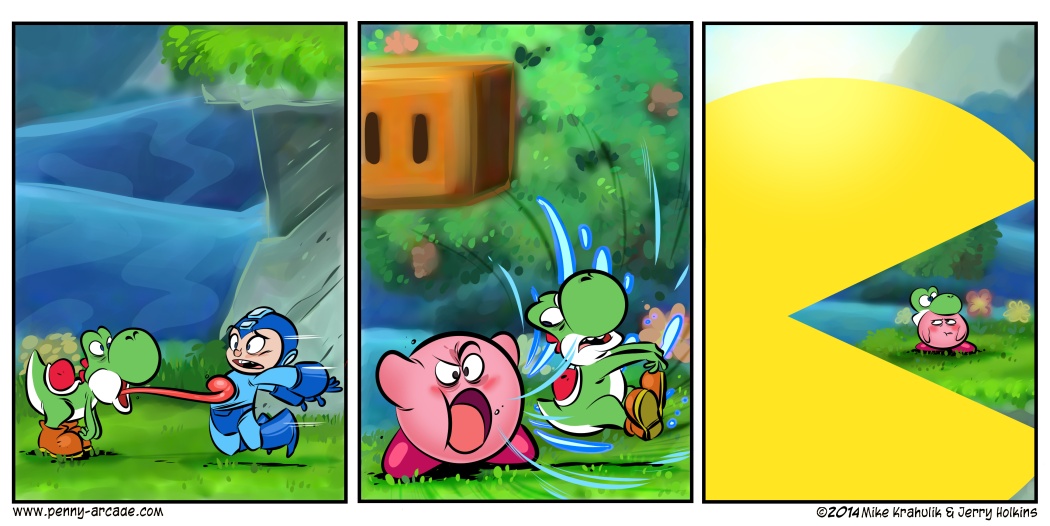