Well a game finally came out that was able to pull me away form World of Warcraft. KOTOR II wasn’t able to do it, even MechAssault 2 couldn’t hold my interest for more than a couple minutes. I had actually given up and resigned myself to the fact that WOW was the only game I’d ever play again. Then I picked up Resident Evil 4 yesterday and it got a fucking grip on me. Sweet Christ this game is incredible. I had planned on grabbing level 30 last night but I just couldn’t pull myself away from RE. It’s like it broke some kind of spell or something. At least now I’ll have something to do today while the WOW servers are down.

So I guess G4-TechTV is dropping the TechTV part of their name. Apparently they thought it gave them undeserved credibility. They are also launching some new shows, one of which is called girls gone wired. I guess they have judges sit around and rate how hot pretend girls are. Here’s a quote from their press release:

"Our audience interacts with digital girls as much as real girls and we're tapping into that fantasy," commented Laura Civiello, Vice President of Acquisitions and Development for G4. "'Girls Gone Wired' is the first pageant of its kind on television with contestants competing for titles like "Hottest Newcomer," "Sexiest Voice" and "Most Likely to Kick Enemy Ass." I think that the idea of a television channel that focuses on videogames and technology is an exciting one. Obviously there is a lot of potential for some quality shows on a channel like that. I think that’s why people dislike G4 so much. It’s not just because the stuff they make is so bad. There are plenty of bad television shows on every channel. It’s the fact that they are wasting all that potential, and that’s what is so disappointing. 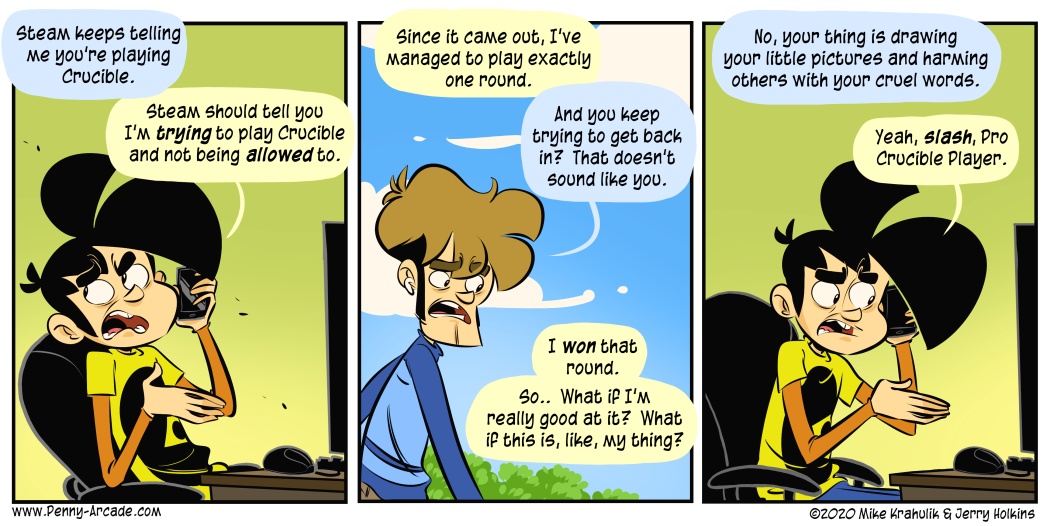