Ikea delivers the products from their slick periodical, that's true, but they also deliver from a shadow catalog of human waste. I've seen the effects, and they are indistinguishable from conventional explosives. 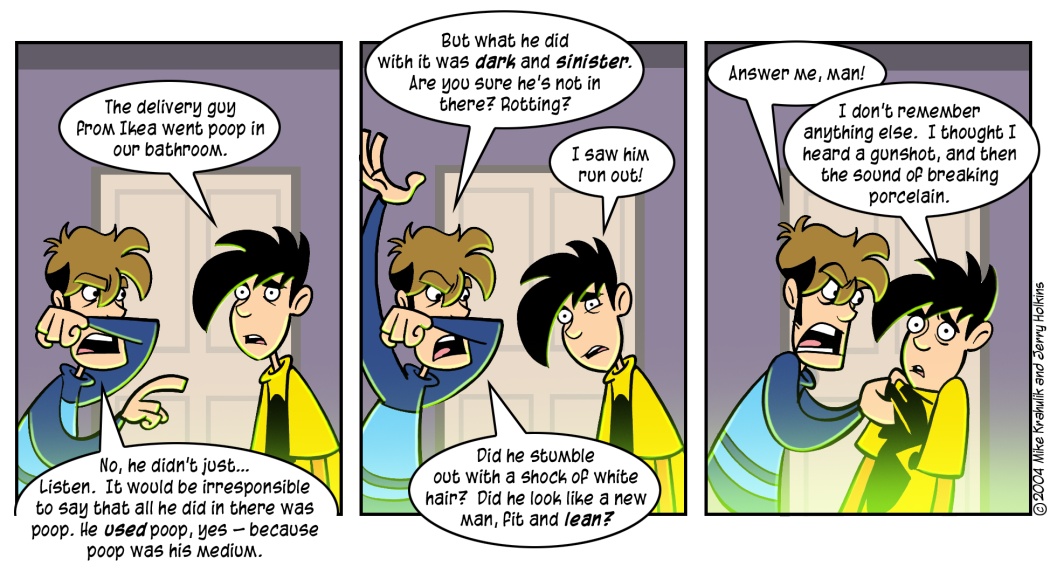 Since we talked last, the idea that some of the servers in World of Warcraft don't function properly - specifically, the ones with the largest populations - has even hit one of the majors. There are servers out there that work all the time I'm told, indeed, I'd say that's the most common response I have received to my statements on Monday. For me, that information occupies the same disposable conceptual space as sports trivia. I'm glad your server works. Mine doesn't, and I'm assuming that were our situations reversed you'd want my help expressing your grievance. On high pop servers, the queue system is back. If you picked it up sometime after the initial launch, you might not know it - but that queue system (think Fileplanet) was in initially, and was removed. Clearly, it was there toward some purpose. I wonder which of the recent problems are related to that.

The deep wisdom of Final Fantasy XI's "World Pass" system has finally been made real to me. It seemed authoritarian at the time, and it is, but balancing load is a concern that should be weighted higher than player convenience. It may be that Blizzard was trying to avoid segregating guilds and whatnot, or perhaps even avoid the stigma of World Pass style systems altogether - but the only way to manage this kind of thing is to make a hard rule, fold your arms, and when players complain to you about it, just shrug and look bored.

It's possible that you heard the same rumor - that they might allow a one-time move to a server with a lower population. I don't know if there's any truth to it, but I'd be hesitant. I know it's kind of strange, but the names I see in the green chat channel are practically a feature of the game now. My guild is about half my play experience. Unless they can initiate some kind of wide-scale exodus that ferries the whole crew, it's not something I'd be into.

there's nothing in this world that i'd rather do