Red vs Blue also showed up to PAX, as they did last year, the only thing different really is that they were soused from the word go. During their panel, they wore hats which they assured us were filled with water, as opposed to Vodka, which is odorless and colorless. 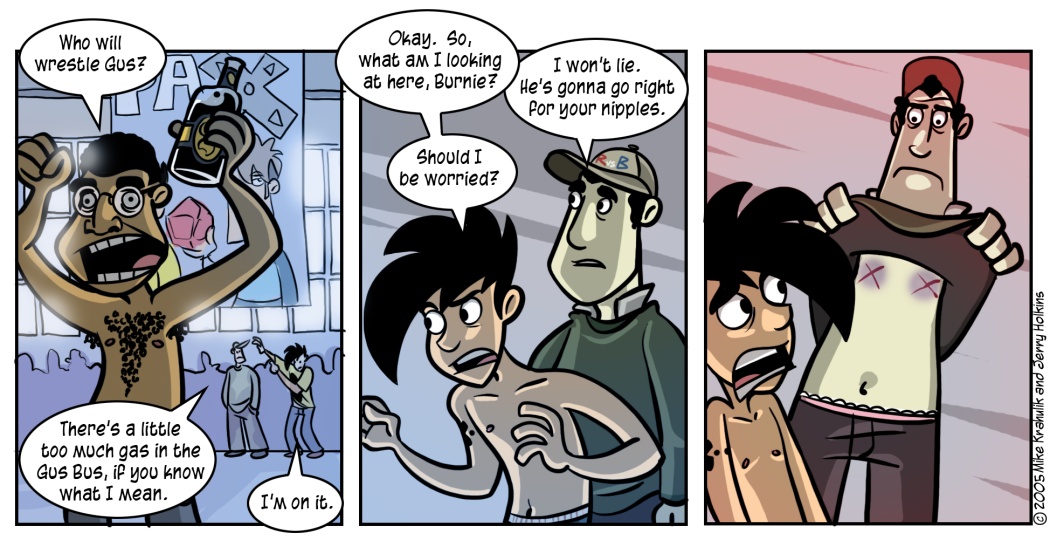 I've been reading discussions online about the recently announced Xbox Live pricing for the 360, and - provided you already have the real console and not the imposter system - the Gold Card with its thirteen months at sixty bucks actually seems pretty good. The price increase is marginal for the functionality on offer, and anyway, that's not what piqued my curiosity.

Looking at the "Premium" Gold pak, or whatever it is, they're throwing in a game and a coupon I'd imagine is useful chiefly for first-person titles. But those points - that has me intrigued.

Is that something they've talked about a lot? Because I don't remember much in the way of discussion about it. I've heard that the "Marketplace" for purchasing downloadable content, skins, and icons will support microtransactions, which is something we talk about from time to time here at the site. It looks like they've chosen a kind of intermediary system, an internal currency they can mete out and define - but I have two questions. One, will we need to purchase cards in game shops or "charge" our account with points before we can make these purchases?

And two, could the Xbox Live Marketplace be the testing ground for a larger Microsoft initiative to push micropayments online?

Because the knowledge I have about myself is near total, I sometimes believe that everything we do here is perfectly obvious, just because I know it. I don't know why I think that, it's ridiculous. In any case, I hear a lot of the same questions in panels and whatnot and setting up those answers here may well quench you.

The CW is our clan tag from before we started the site, and refers to Clan Walrus, a group of individuals united by their dedication to our arctic lord.

We make our strip using the webs.

The italicized text at the end of a post is nine-hundred and ninety-nine times out of a thousand a song quote. You may consider it the song of the day. For example, today's is MC Frontalot's "Which MC Was That," which I determined by holding the mouse pointer over the text, and also because I just typed it. This pointer hovering over text and showing words technology was revealed unto me by the scrumptious M.

I once bit a man LARPing Vampire: The Masquerade. The trachea is very chewy; I had not expected this.

i heard him on the internet