We thought throwing Gabe and Annarchy together might be an interesting experiment. You be the judge. 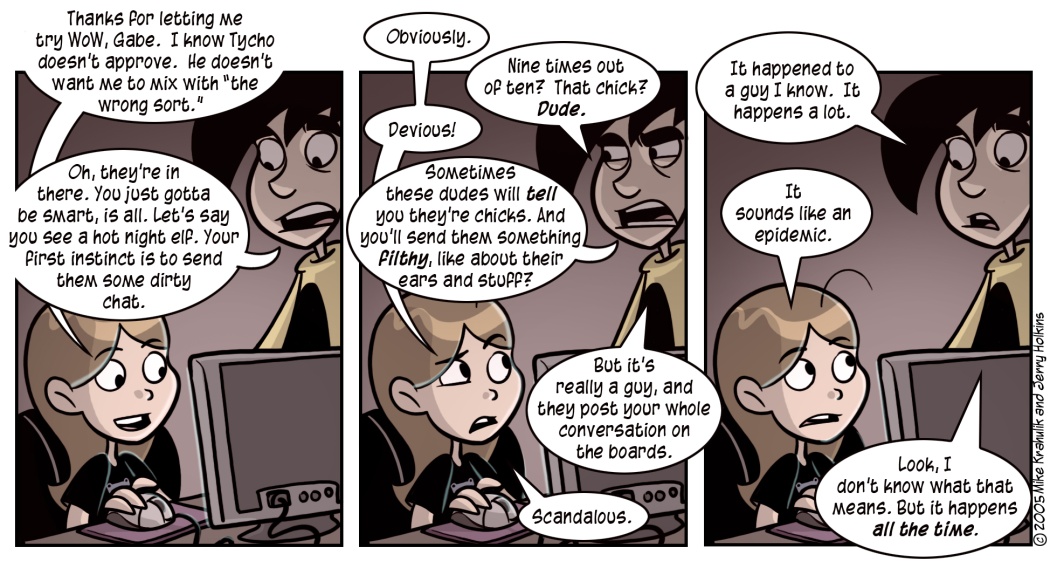 In addition to a punishing retail situation, select portions of imminent software are being flung onto webs everywhere. Whenever I was not engaged/detained by official demagogue duties, luncheons and whatnot, I have leached what nutrients are available from each.

I'm late on Serious Sam 2, I'm aware of it, but until last night I hadn't had the opportunity to try it in co-op. A single run through the demo isn't going to take you very long, but goofing around with options like the number of lives and the difficulty levels could net you substantially more entertainment. You really aren't playing it right if you're in there alone, in my opinion - this bastard son of Robotron is optimally experienced as a social effort.

Day of Defeat: Source, BIA: Earned In Blood, and now the Call of Duty 2 demo are conspiring to make me regret my attempted abstinence from the genre. The style of play is instantly recognizable as being CoD, but the scale of the events simulated is wider. I don't know that I'll get this one for the PC, I'd like to have something like this for my 360. But if the setting is going to be depicted with such craft and skill, it may be that I could endure one more round.

is just great. I didn't think I needed it until I played the demo. The taste of the Imperial Guard (Colloquial name: pronounced "Ig") available in that demo sold me.

If I had to guess, I would say that Monolith didn't come up with the name F.E.A.R. - what they did come up with was a more than competent piece of technology and a lethal tactical action game to prove it. I'm pre-ordered for the single player experience primarily, but the F.E.A.R. Multiplayer Demo they dropped today feels a lot tighter than the beta I downloaded awhile back. Who knows. I didn't figure I'd be up for Tron 2.0's odd battle arenas either, yet I found myself strangely drawn to them.

is a fairly well-known comic from what I understand, which is to say that every person I know is familiar with it but me. It's a worrisome deficiency I'm told, and many people have offered to resolve it. In any case, it's being turned into a series of adventure games by a company called Telltale, with the first available now and the next one maybe five months out. It's one of those games you "unlock," but you can download it and get a feel for it before they hit you up. There is a great sort of interview/article thing on it here, at Adventure Gamers.

The convention schedule we've had recently has dragged us all over, and a fixture at each of them has been the various Browncoat delegations nationwide that have (with a strenuous and distributed effort) altered the course of studio wisdom. One of them even bought me a Guinness, as though I needed any other reason to support their endeavor. I asked the contingent at the Baltimore con what their aim was, now that the movie was a real thing - was this not the culmination of their struggle? This is when she revealed to me a phrase internal to their cult: a phenomenon called the BDT. It is not their aim to get a movie of Firefly made. It is their aim to enable a trilogy of movies - a "Big Damn Trilogy" - with a one hundred million dollar opening weekend that will grease the wheels for further films. They may see such a thing come to pass. I know that here in Seattle there are actually three midnight showings, one every minute after midnight. As a person who attends midnight showings as a matter of course, that's not something I've seen before.

some things they go without saying