I was on my way into the office this morning when Tycho called me. He told me he would be coming in late today and he asked me to let you all know that his post would also be late. The reason he gave for his tardiness was acceptable so I suggest we all cut him some slack. 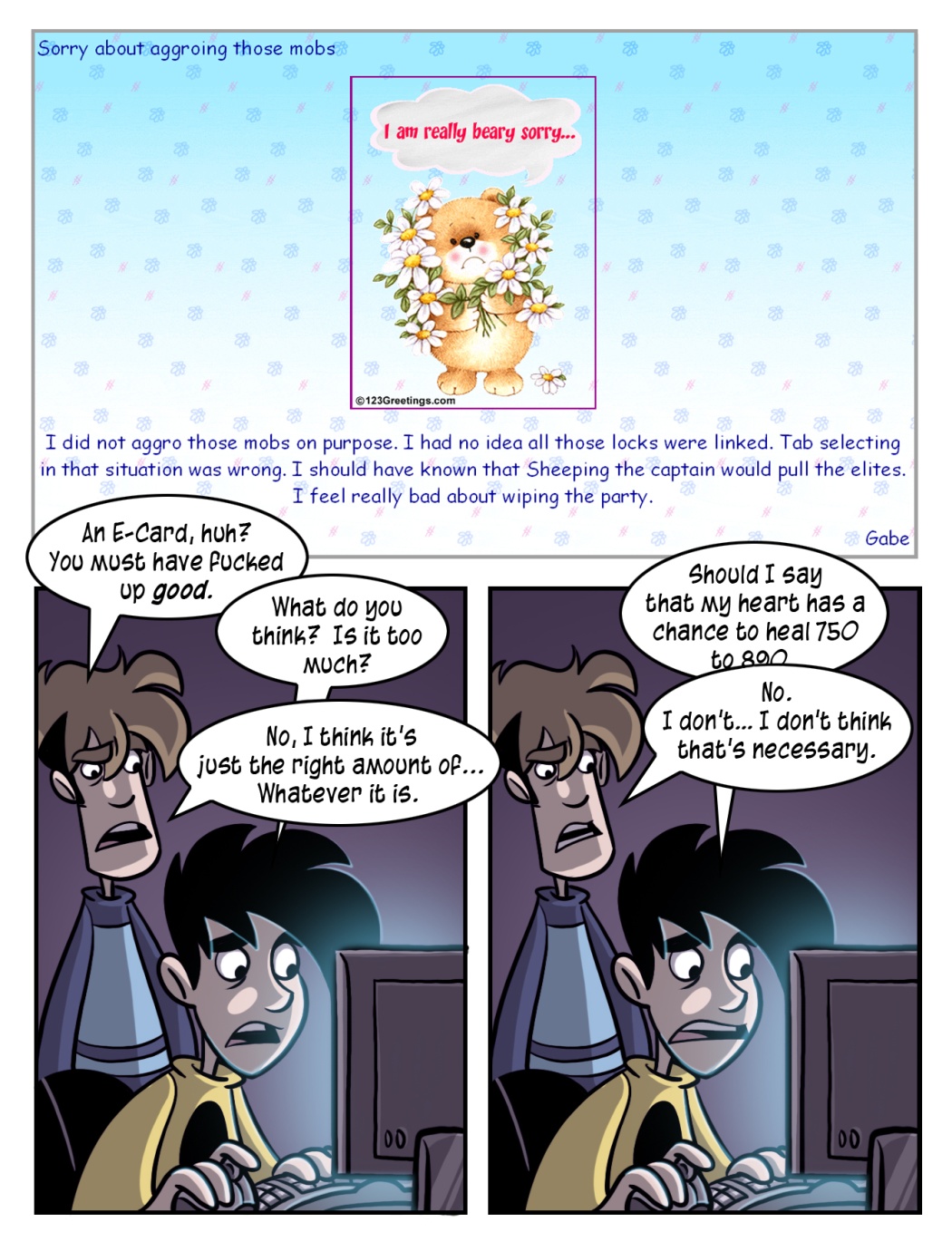 Already my head is swelling with the inherent power of this first news post. I should probably end this before I proclaim myself king of webcomics or some shit.

It looks like Tycho will be out for the day. He’s okay but it looks like I have a lot of space to fill here. So here’s some stuff.

BlizzCon is at the end of this month. We were invited out along with Kurtz from PvP and Woody from GU comics. From what I understand we’ll be there to discuss our adventures with Kurtz on Dark Iron. Blizzard recently started selling some less expensive “exhibit only tickets” for the show. Hit their website for more info.

The final page of our Far Cry Instincts comic is live on the official site. I’d like to thank James Rochelle for his awesome colors on this comic. James is a real pro and it’s a treat to see his colors over my work.

Speaking of other people coloring my stuff I have a little sneak peak at what we’re doing for Prince of Persia 3. Here’s some character art for the Prince and the Dark Prince that I did. This is an eight page story and it will be digitally painted by the very talented Joe Pekar.

Keep December 13th open because that’s the night of our second annual Child’s Play charity dinner extravaganza. It’s a tradition we started last year and we’re very excited to continue it. Essentially it’s a super fancy dinner party and auction that Tycho and I host here in Seattle. The idea is to get a bunch of geeks all dressed up and raise a ton of money for Child’s Play. We’ll have more news on Child’s Play in the next couple weeks.