It's a little weird to hear the virtues of an Intel processor extolled by Apple, but I am prepared to let bygones be bygones if it means we're talking about some dual core shit and ultimately some modern Goddamn clockspeeds.  Let the long war be over!  Let a single hardware spec run both operating systems and be done with it.

I'm wondering if it's possible to love my operating system.  Is that wrong?  I don't love Windows.  I like it, and though many people don't like admitting it Windows succeeds because it does everything most people need.  It's like the Phillips head.  But I don't love the Phillips head, it just happens to turn a lot of screws.

In some bizarre way, I feel like they're taking a step closer to me by utilizing a traditional PC component.  I feel like the hand is out and they are saying Tycho, I mean Jerry, whoever the fuck you are, haven't you seen how our windows warp when they are minimized?  You can minimize a window, and your video will play in there, only smaller - a small person could watch that tiny screen and be happy.  Why can't you be happy, Jerry Tycho?

Come mimimize one of our elastic windows.

I had a fantasy where I completely segregated work and play onto different pieces of equipment, and this appealed to my left brain immensely.   Initially I had typed  "my left Brian," and no doubt he too would be pleased by the shift.  But it's simply not realistic.  A low end Mac for my "writings" and a next-gen system for my amusements simply won't satisfy in aggregate.

I don't get excited when I hear that Dell has announced a "quad SLI" gaming rig, I actually get a little sick, imagining the day when such a thing becomes de rigeur - along with dedicated physics processing and God knows what else.  I can do without the mutant, fetish extremes of the hobby.   But as frustrating and costly as gaming on the PC is, I can't be without games like Neverwinter Nights 2 and quirky Korean Massives.  The independent channels that are now beginning to course with content aren't delivering at full pressure on the Mac or home console.  Bioware would be a comfort to me in that cold place, but I can't give up the PC even in protest.

These are all the things I tell myself, and usually they work.  They've almost entirely lost their vigor.  Don't be surprised if I upload a post  via Safari next month.

but them boys shot him 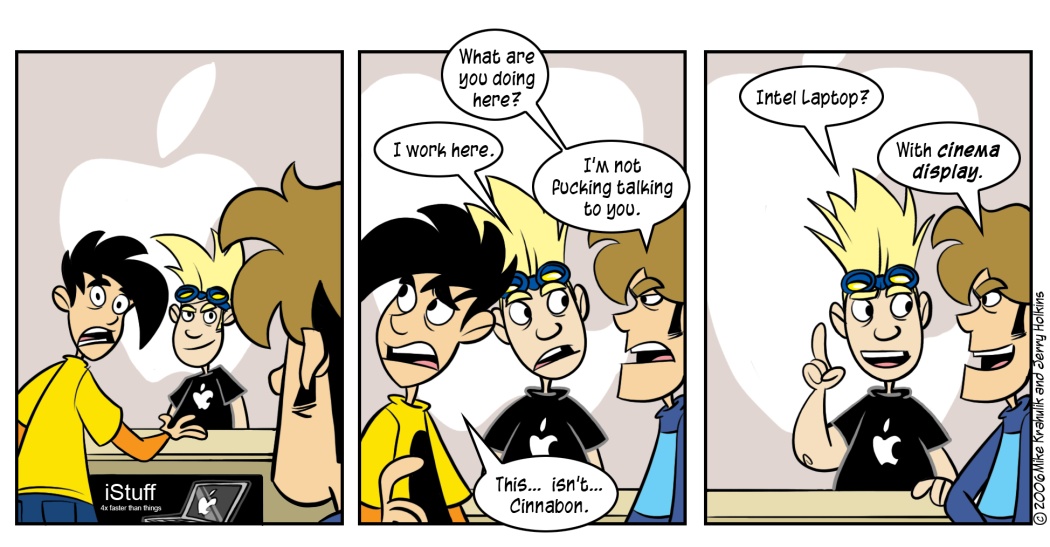