I'm super depressed. I thought I had invented a new word - mirthquake - and then I was going to say that you should prepare yourselves for the aforementioned, as today's comic strip was rated this or that number on the rictus scale. I mean seriously, I've been excited all weekend. A simple Google search put me in my place - the word is practically ubiquitous. Expect it soon on Urban Dictionary, that mausoleum of once vibrant language.

As regards the comic, yes: I fear that Toolbox Syndrome will run rampant on the new system. If you're by yourself in your basement, conserving your energy for marathon Metroid sessions or whatever is a noble tactic. But WiiSports Tennis in particular is vastly improved by a willingness to truly own one's play experience. And, taking the software library in aggregate, I doubt it will be unique.

Our Wii does provide some sweetness to this monstrous life, but until we try it with a range of titles (many of which we'll be able to buy this week) I'm not prepared to deliver some kind of verdict. So much of a person's experience with the system comes down to how a developer interprets the control mechanism. All we have is first party stuff, and they're entertaining, but the DS launch was marked by troubling excess on the part of third party developers. I need to verify that I'm recommending you a whole system, as opposed to a frictionless conduit for retro classics and year old ports.

I don't think I'll even be able to set mine up, when I snare one next week - I'll admit that my setup is somewhat unorthodox, with an IKEA cabinet in the back of the room holding all the gear and a cord going up to a ceiling mounted projector. The problem is that the sensor bar attaches with a cable, and like many physical objects this cable is subject to limitations - in this case, a length of ten feet or so.

Eleven feet, seven inches actually. Does that length commemorate something? It's an odd span.

I need a cable at least twice that length (the girth is acceptable). Pelican is delivering a cable extender, and Nyko is working on an entirely wireless sensor bar, so all is not lost. I just wonder how I'll be fixed for this stuff on launch day.

Elite Beat Agents, the western world's version of the import marvel Ouendan, is an addictive, often funny, and even touching game for the DS. If you are not already familiar, it is a game situated in the Rhythm Genre where one taps numbered beats while situations of intense human distress play out on the screen above. You play as a kind of cheer squad that gives people and animals the encouragement they need to surmount life's challenges. It has single cart play for a couple levels, but like many third party releases each player needs a copy to get the most out of the game. In this case, "the most" equals more competitive stages (which use the same music as the single player content, but feature a handful of unique stories) and the ability to play through the levels co-op. The challenge level even on the easiest setting is probably tougher than you've had to manage for a while - I'm just letting you know.

I'm not going to talk about Gears today at length, as I perceive you could probably do with a rest from the topic. But I could. Oh, I could. 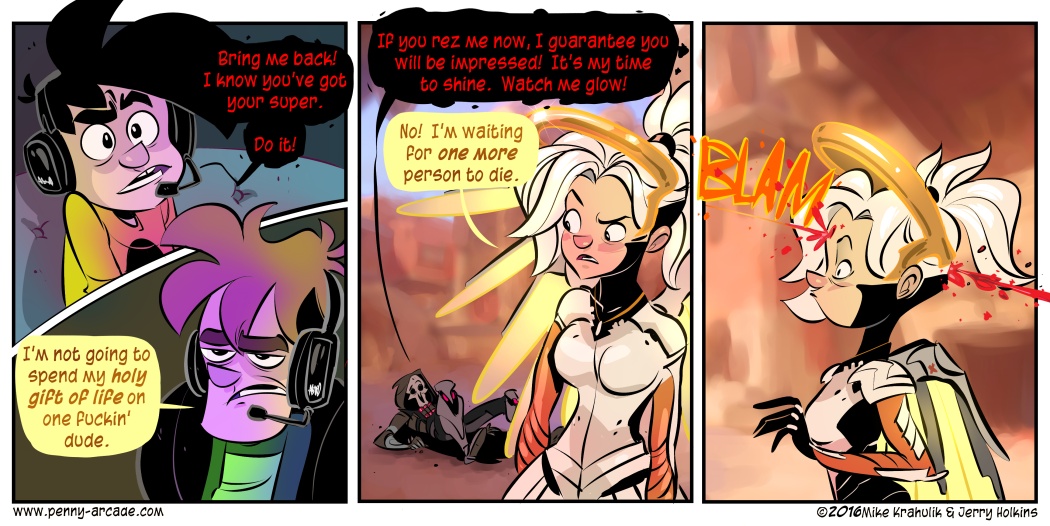