So the latest update for the PS3 came out yesterday and it allows you to run the Folding@Home application. I actually was not familiar with this program before I read about it yesterday. I was aware of the concept of distributed computing but I wasn’t specifically familiar with this one. Basically you can use the processing power of your PS3 to help in the study of “protein folding”. You can hit their site for more information about what exactly that means but apparently it could lead to cures for diseases like cancer and Parkinson’s.

You can select the Folding@Home application from your network button in the cross bar of your PS3. After you’ve downloaded the client running the program will take you to a cool looking globe. You can spin around the world and see Folding@Home hot spots but that’s about it. The idea is that you just leave your machine on and let it chew on the data it’s receiving. If you press the triangle button you’ll get a list of options including “identity”. This will allow you to join a Folding@Home team. Teams are actually ranked on their progress and after a quick search yesterday there appears to already be a Penny Arcade team. You’ll need to put in the team number on your PS3 which as far as I can tell is 34479. It's worth mentioning that you can also download a PC version of the program and join the Penny Arcade team that way as well.

A PS3 Foldathon has been scheduled for Sunday (March 25) night. Essentially all you need to do is turn on your PS3 some time Sunday night and let it run until Morning. I think a solid eight hours is what’s requested but you can do more or less if you want. I think anything helps.

We mentioned a while ago that we were leaving ThinkGeek. Well the switch was made last night and our store is now our own. Moving our store in house means that shipping to other countries should be much more reasonable now. If you had given up on ordering things from us because you didn’t want to take out a loan in order to ship to Canada, I urge you to take another look.

We launched the new store yesterday and it seems to be holding up alright. I suggest all of you purchase as much stuff as you can today in order to really test the new system. Think of it like beta testing with your credit card!

Lastly there’s a pretty good article about webcomics over at Time today. It’s got some quotes from Tycho and I as well as Scott over at PvP. The author is obviously a comics fan and the article is full of praise for the world of webcomics. 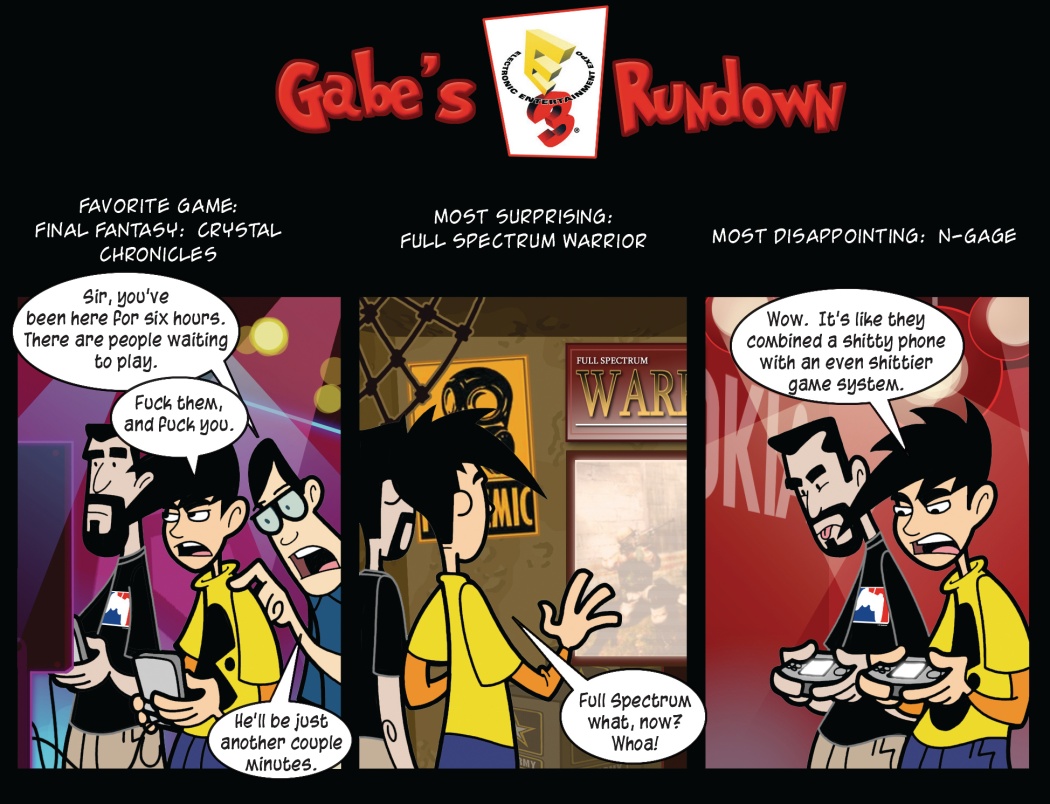