It's hard to imagine not having access to a deep reservoir of supernatural knowledge to enrich and inform my daily life. As early as age thirteen I was already curating a collection of incredible facts, highly granular assessments of wicked and ancient lizards, up to and including notes on their diet, sleep habits, and taste in home decor. From the demure to the diabolical, I have sought to build a robust profile of the hidden world. My very mind is an arsenal. 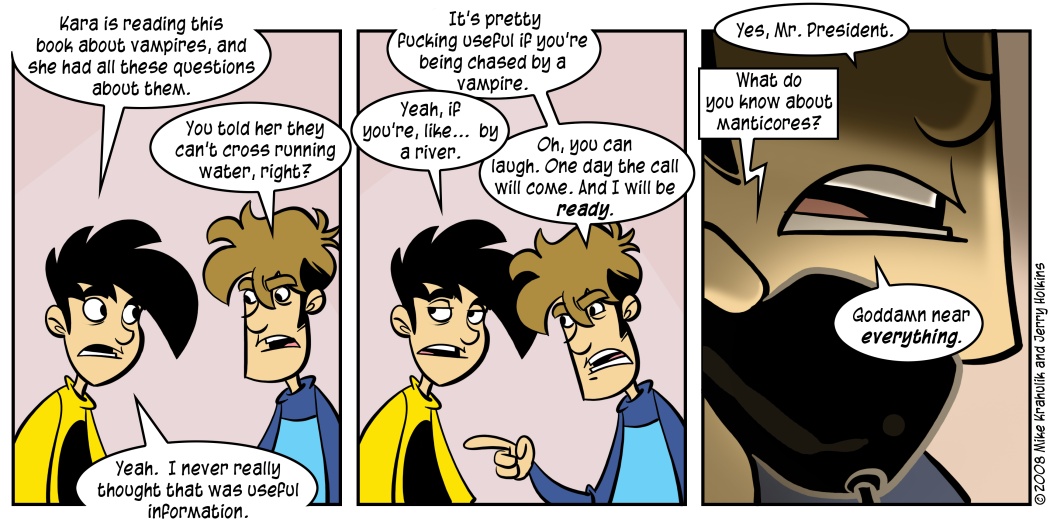 I was glad to hear that Cryptic was able to go ahead with their next-gen superhero MMO, once Microsoft pulled out - MS has a pretty bizarre history with the genre in general, so maybe it wasn't that unexpected. The one part of my trip to GDC last year that did not involve me feeling tremendously out of place was an extended conversation with three designers on the original Marvel project, people who had worked on Deadlands originally, an unbelievably rich tabletop setting wedded to an incomparable tabletop system that improved my life immeasurably. I really wanted to know what those guys were capable of in the digital space.  I wonder if they still work there.  I imagine it's been a weird couple months.

The two dev blogs up now - Why Champions? and one partially entitled Furious Action - help establish some of the character of the product, and the feature list looks unlike any other game in their conceptual vicinity. They've still got a 360 version I see, and I'll be curious to find out if gamers on that platform have an interest in a product of this kind. Microsoft apparently didn't think so.  At any rate, they didn't want to pay to find out.

That's the story with so many games, though.  The stakes are high, and getting higher, and publishers who were once merely gun-shy are now officially paranoid, rolling around in a padded cell until the drugs take effect.  Part of the reason GDC made me uncomfortable is that I could feel its culture pressing on me from all sides,  and I knew it wasn't mine.  But the other part was that I got a sense of how brutal that life is, how unstable it can be, how maddening, and I just wanted to come home and match gems or some shit.  I didn't want to see it anymore.  I don't want to think about a cow's quiet eyes every time I grip a hamburger.

After a few days of playing Super Smash Brothers Brawl, I can answer the question that burns in every gamer's heart. Yes, the shock mouse is still unmitigated bullshit. He remains the yellow refuge that is home to children and quaking cowards.