Gabriel's annual Fourth of July excursion usually forces us to resort to fetid continuity, the gnarled crutch of our craven enemies. But what if we could grip the beast by the neck - at arm's length - like some writhing asp? The snake metaphor disintegrates quickly. 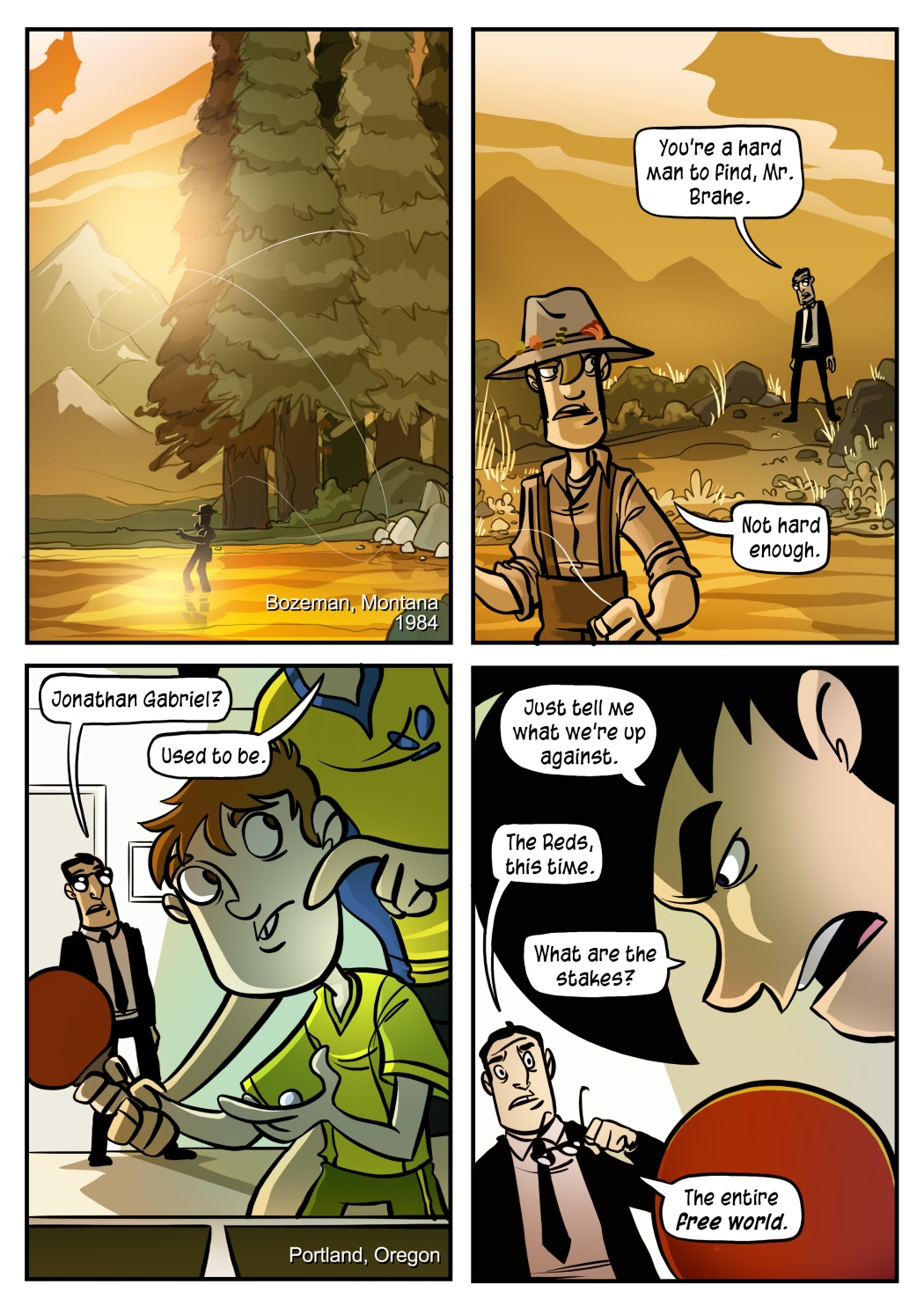 Here, then, is the distillation: We have had it in mind to deliver an eighties Ping-Pong movie in comic form for a very, very long time. The way our years are structured, there was no crevice in which this thing could germinate. It continued to simmer, growing more potent, until this trip of his provided an excuse. So, yes. It's opening day for Paint The Line, a seven strip geopolitical ping-pong blockbuster. Technically, this is actually Paint The Line 2, a sequel to a movie that doesn't exist. Here is the crawl that takes place immediately after today's comic. We'll have movie posters, additional art, and a theme song available soon.  For real.

I have been trying to scam access to Fallen Empire: Legions for months, ever since the first blurry video combined an almost narcotic sentimentality for Tribes with deep mystery. Now that it's entered Open Beta, the groveling has come to a full stop. This has allowed me to fill my schedule with incredibly liberating personal flight that is punctuated by exhilarating mid-air duels.

It's Tribes, it really is, from the rolling ice terrain to the flightfeel. It doesn't have a "disc launcher," which most warriors call a Spinfusor, but their take on the RL is more than capable of filling the role for mid-air skillshots.  The plug-in that makes it all possible seems to be a Windows thing at the moment, with a version for Intel Macs currently roasting in beta. It's openly a work in progress, sturdy stock for a community driven action game drawn with reverence over an ancient frame. In time, we're certain to see classic modes like the Rabbit variants turn up. Gabe sat behind me yesterday playing it, cackling the entire time. You only have to play it for a little while to wonder what it is about the Goddamned ground that other developers seem to like so much. I believe that - at this late hour - we may rightly call it a fetish.

I could speak at length about it, and maybe I will at some point, but the Goddamned thing runs in the same browser you're using to read this text. You should go play it yourself, immediately. You won't hurt my feelings.