We managed to get a LittleBigPlanet key, without the use of divination I might add, which is expressly forbidden in Deuteronomy 18:9-11. I should be clear: when I say that "we" managed to get a key, what I mean to say is that "Gabriel" got a key, which he clutched close like an evil ring, and then scuttled home to install.

He called me on Sunday to tell me about it, something he never does. Weekends are essentially vacations from each other, so it's a rule we take very seriously. At any rate, it's a rule I take very seriously. It's entirely possible I just made up this rule, maybe he gets very lonely on weekends as a result. The tales he told me about playing it, though (and the spirit journeys he'd taken through amazing content that's already available) made me burst into song.

The stories reminded me a lot of Duke Nukem 3D, actually. Duke came with an editor called Build that changed a) what was possible, 2) the time it took to complete a project, and 3) the set of people who could come to grips with level creation. As Duke stalwarts long after Quake was delivered, we would routinely jump online, grab twenty levels, and then spend the rest of the night devouring them. LPB is tremendously more sophisticated, obviously - the game, tools, distribution channel, and content ranking mechanism are essentially synonymous - but it is twelve years hence. We should expect some progress.

One of the things that his call made me think about: stagnation or "sequelitis" is roundly criticized by our people, who crave ever more exotic delights. In general, though, one of the unique properties of games is that you must learn how to play them. Games that come to us gibbering in strange tongues often don't get far - we need some basis for understanding them. So mercenary greed is only one component that throttles raw innovation. Those investments are unsafe, but they're unsafe because our lexicon doesn't yet encompass some of those wild frontiers.

LittleBigPlanet and Braid are both gigantic ideas, and it's no coincidence that they're both platformers, which constitutes a kind of conceptual base camp. Platforming is a kind of elemental genre flavor, and most people know the taste even if they are not "core gamers" or whatever the fuck the externally applied nomenclature is at this precise moment. Look at Mario's lineage for an example of this force at work over a longer span, the progressive unfolding of an idea. Think about how many games were put within reach by their aggressive expansion of the possible.

i could end this a million ways 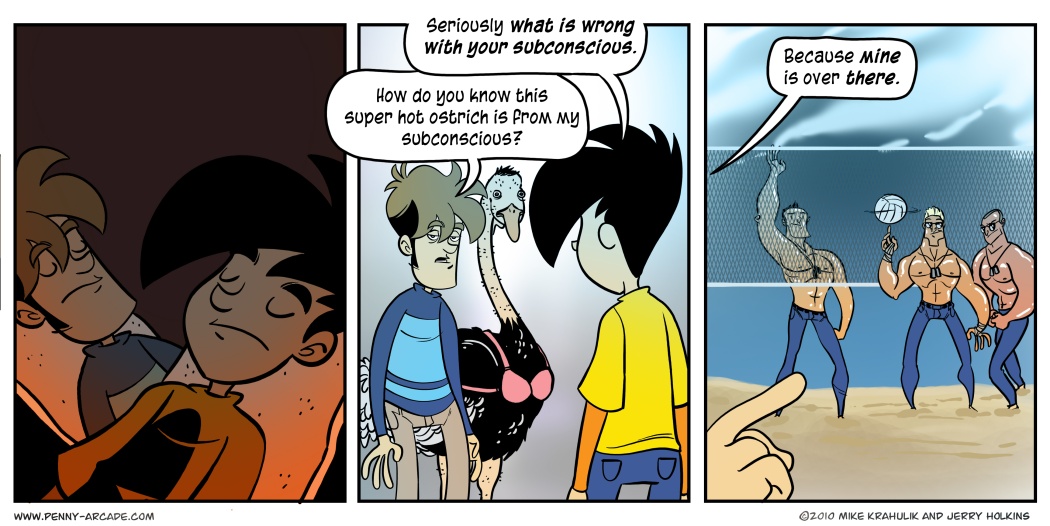