In this space, we sometimes describe my party role: social tank. A week away from our regenerative pods here in Seattle offered many opportunities for interpersonal anguish, or even inconvenience, which for Gabriel is roughly synonymous. On at least one occasion, he leveraged a clearly preternatural ability to escape detection by disappearing completely - leaving a log in his place. Does he decide what is left behind, or is the log is an inextricable result of the process?  I will see if he can leave a cheese plate instead. 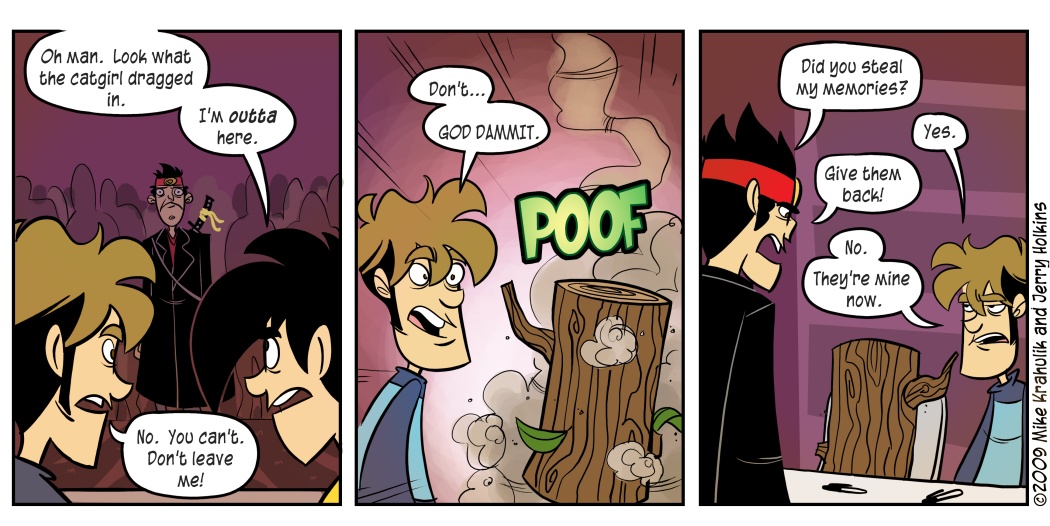 I did my homework this weekend, consuming downloadable previews and settling back into my customary routine - that of assuming digital form as a means of amusement. Here are my three most recent guises.

- The first thing I did upon returning home (after emerging from a dormant state) was to purchase and download thatgamecompany's Flower. It's a gently paced, meditative affair that is over almost immediately. I'm sympathetic to the idea of an electronic poem, incredibly so, and as a purely aesthetic affair Flower is relentless in its beauty.  I'm certain that it's an evil act, and will get me ejected from cultured society, but there isn't enough "product" here to be satisfied with it.  As our exploration of the medium continues, the region between "games" and "electronic experiences" is becoming increasingly granular.

- The Halo Wars demo produced a desire to buy Halo Wars, so on a mercenary level their aim was achieved. Halo has always been a good place to tell stories, sometimes incredible stories, but typically they are told around the actual games. This is why I'm following Halo: ODST with more than a little interest: I think that Master Chief, as a mostly silent Cyborg War God, makes it hard to tell human stories. I always want to know what life is like in the shadow of creatures like that, which seems to be what the entire game of Halo Wars is about. Also, its very friendly "My First Halo" control scheme is set at about my level of sophistication.

- Kiko and I played the HAWX demo four times over the weekend, many of these times consecutively. Frankly, I'm unable to discern yet if I'm in love with the product itself or if it's just an incredible relief to dust off these ancient dogfighting chops, which have been (mostly) useless shrapnel for years. It does a few things to recommend it, though, things other than tilling up sense memories of largely forgotten genres. For one, it has a unified experience system, where you can progress your character in single or multiplayer. It has those miniature "quests" from Call of Duty 4, Challenges, which reward bonus XP for doing fun things you would have done anyway. It also features a mode called "Assistance OFF," which combines a cinematic camera with an altered control scheme that makes everything you do substantially more awesome. I'm looking forward to playing the game cooperatively, selecting planes and loadouts based on the roles we define.

Having pre-ordered Killzone 2 on Friday, Gabriel just received his demo code in the mail. Friends, we go now to enter this code.

with the sugar and the yeast