I apologize for the late post; the shit I'm being made to contend with today is truly epic in scale. 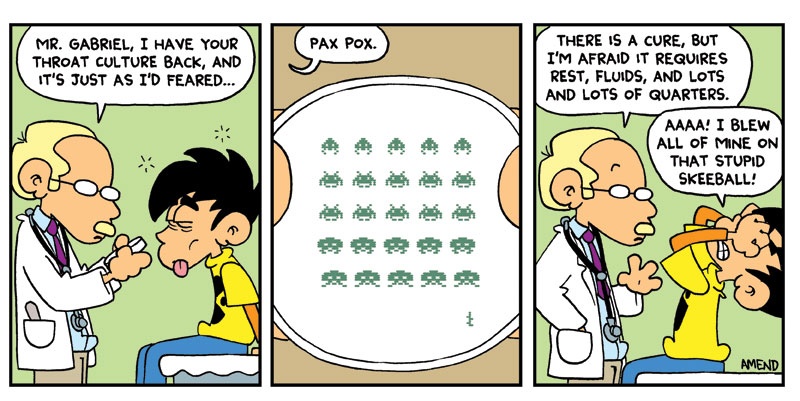 You may have heard that we had an unannounced guest at this year's PAX, a creature of global reach and renown - H1N1, whose Gamertag is Swine Flu. The last time I talked to Gabriel he was taking Scott to a clinic of some kind, and he suggested that I begin canvassing immediately for guest content - enough to cover an absence of unknown duration. We wrote a strip for Wednesday, but he was physically unable to raise a pen, and so I have begun to release strips from our strategic reserve. Here is Penny Arcade as interpreted by FoxTrot's Bill Amend. More strips will follow. I hoping I'll have enough jpegs to contain the fullness of the contagion.

Next year, maybe get Purell as a sponsor? It seems like there's an incredible synergy there.

I want to thank whoever it was at Nintendo's PAX booth that gave my mom a demo of The Legend of Zelda: Spirit Tracks. She's been talking about it for three days now, with a desperation that only increases, and is getting increasingly harder to tamp down. We were at the store just this morning, Sir Frederick Of Meyer, and she was convinced that they had copies of the game "in the back," that mysterious "back" where all the games are, and they were holding out on us. Who the fuck is this woman?

My mother taught me to sing, by singing, virtually every moment of my childhood. Her classical guitar is on the wall behind me, the one with a crack in the neck that still has more warmth than any other instrument I've played. She spent a ton of time during the show with The Beatles: Rock Band, a game I didn't originally think was necessary, but is likely to fill the coming weeks. She's on the couch behind me, her foot tapping, waiting for me to be done with this post. I'm trying to figure out what other game could catalyze an experience like this - a reverse cultural projection, Trojanned into an unsuspecting generation through seductive, primally cued inputs - and I'm coming up blank.

i lost every time 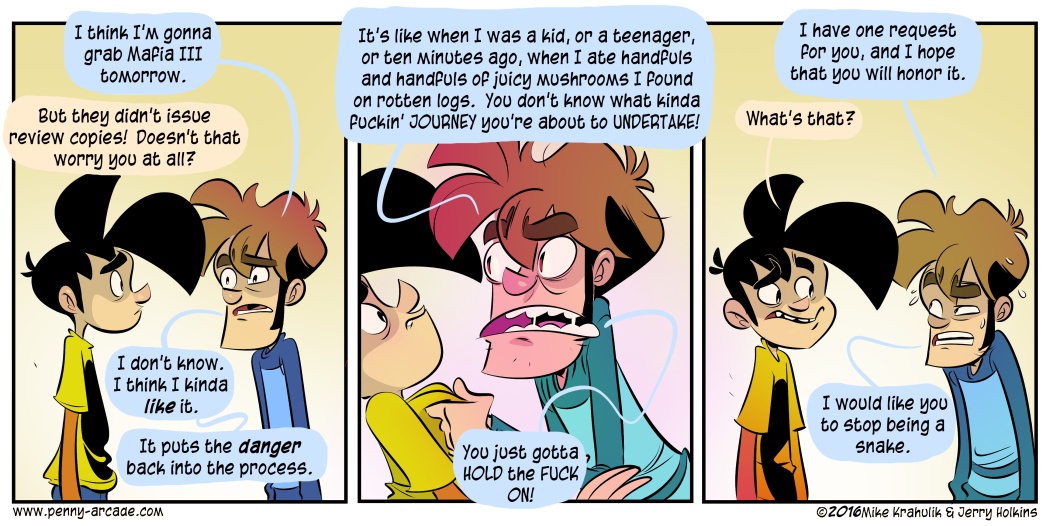