With Part Four, The Proxy comes to a close. It will Prox no more. But! Gabriel must like you, you must have forged a connection somehow, perhaps at PAX; he went deeply, profoundly H.A.M. on today's strip. I mean, I wrote the words that are on there I guess, but I've got nothing to do with this thing. 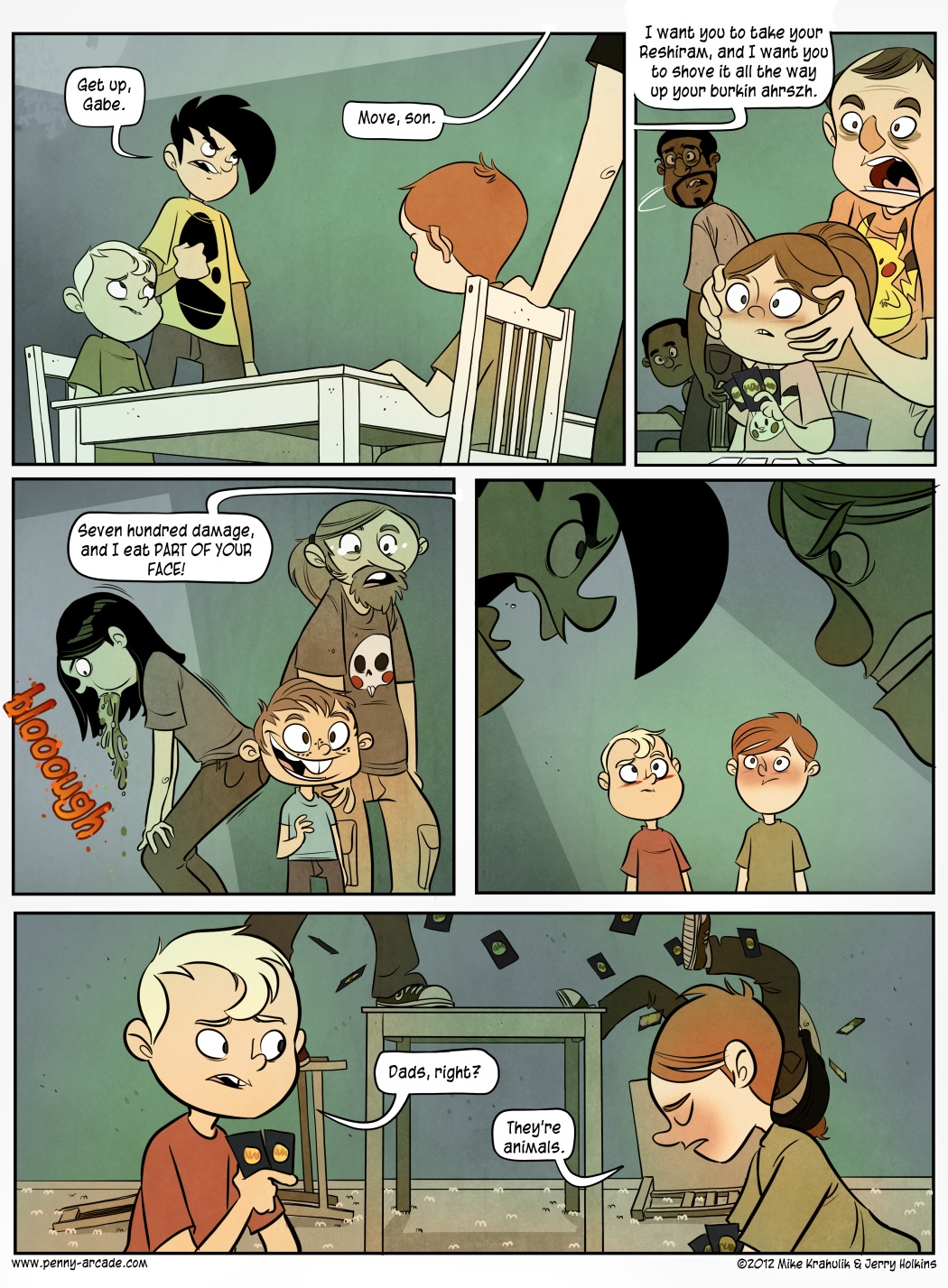 This is some next level shit.

I'm in a kind of underground bunker with the Zeboyd duo, trying to put proper darkbow on the harrowing Precipice Quadrilogy. I wasn't entirely prepared for the level of enthusiasm I saw from people at San Diego Comic Con for the series; like everything else I get wrapped up in, all the fireworks are taking place in my head. The outward aspect of these projects is mostly me sitting alone, typing in almost complete darkness. To be frank it makes me a little nervous that someone knows how I'm spending that time. Maybe more than a little nervous. Isn't that strange? When I'm engaged in it, it's incredibly personal, and private, and that's mine don't touch it even though it's ostensibly being produced for an audience! I feel like I would gather up people's copies if I could, just scoop them up, and run out into the woods.

I know so much about this "universe" that I'm often surprised that other people don't know it. It's on the inside of my eyelids, I can never get away from it. I spent so much time in lacy embroidery, poring over it, poking, that it seems like it must be written on me somewhere. I feel like I'm constantly talking about it, but in these meetings I'm having I'm apparently dropping crazy science because people always seem surprised if not horrified.

I spent awhile talking about one of the lighter updates that's coming to Precipice 3 with some people from Sofawolf Press at Comic Con, conversations that shifted quickly into the cultural etiquette and social contours unique to their specific deal. I may have - MAY have - agreed to attend a convention, in a purely anthropological capacity, as opposed to an anthropomorphic capacity. Anyway, I want to throw these people a bone. It's a purely metaphorical bone in this case; with furs, it might be best to specify these things.