Okay, so, now the Alienware he purchased is giving him the same kinds of trouble every computer always gives him eventually. This is after sending two machines in a row back to iBuyPower and then buying the new machine in a blind rage, imagining that he could outrun his own devastating electromagnetic field by switching vendors. 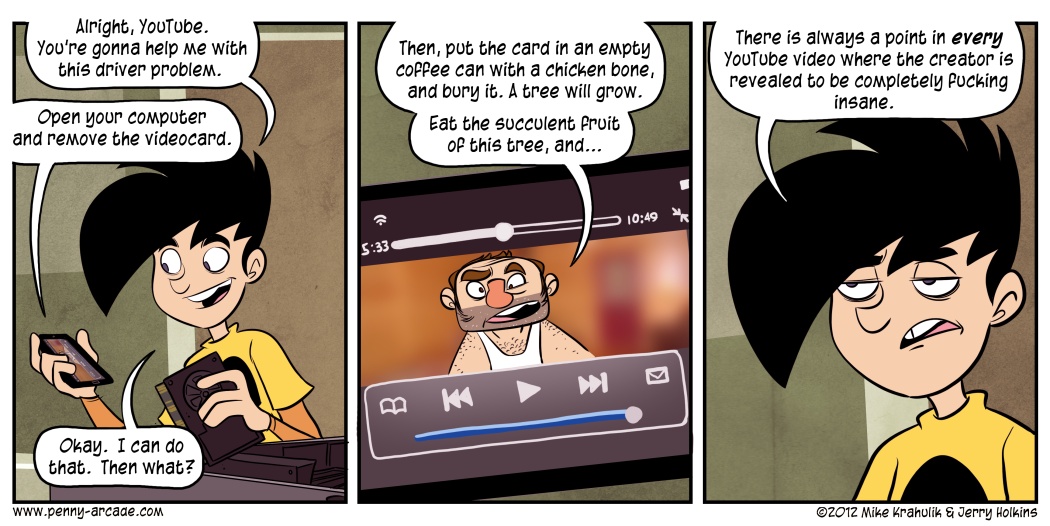 I'm pretty sure I know what it is, or what it is in addition to the dark rays he emits, and I brought some guts from one of my machines at home to test it. Why I would put something of mine in the killzone of his haunted heart is truly beyond me; despite my best efforts to the contrary, it may be that I have inadvertently developed some rudimentary affection.

There keep being Typos, or Tychpos as they are now known, in the body of the strip. There has to be some kind of study on this, on why or how I can read a whole line or paragraph or word or whatever it is and only acquire the meaning of it, or even the intention of it, without seeing the literal structure. I can look as hard as I can and not see them, which may be frustrating for you but it's authentically horrifying for me.

Usually I will try to fix these things before he finds them, or enlist someone I can trust to help me if it's more complex, which used to be Scott, but Scott uses secrets as a currency so at some point that ceased to be a great plan.

Gabriel has crafted a mechanism by which I must donate a hundred dollars to Child's Play every time I put one in, which might make an already incredible year sparkling and supernatural. 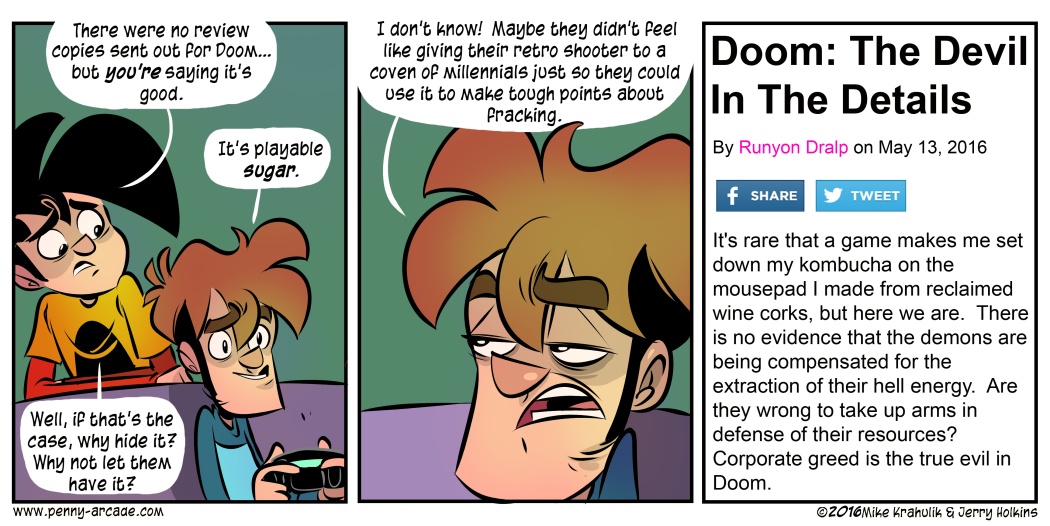