Sometimes, typically to provide rhetorical fuel, our opinions are conflated with some larger "gamer culture" bugaboo. The reality is that we have no idea what is going on in "gamer culture," it's getting progressively less coherent, I can't make sense of it at all and I have officially stopped trying. 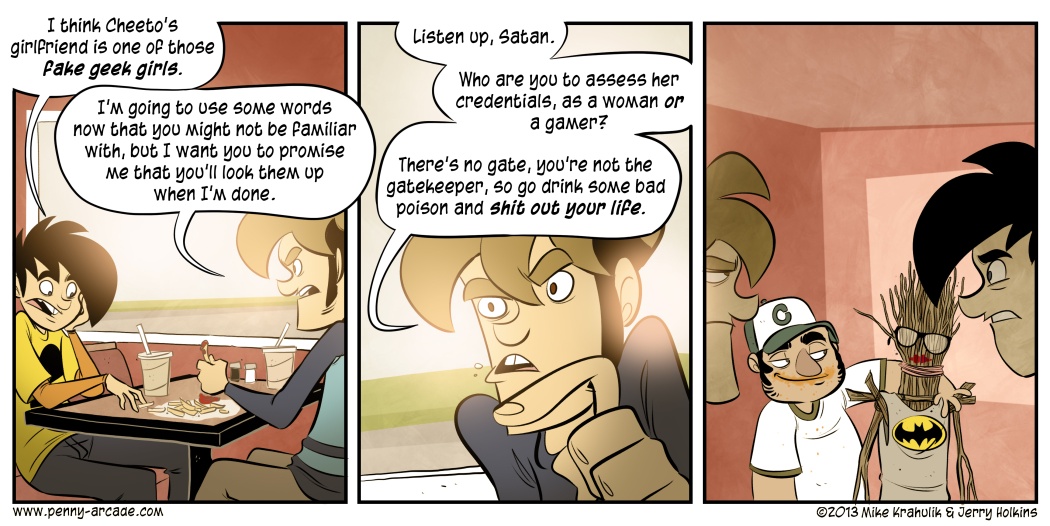 There are so many moving pieces in a "reboot," it's such a fraught state of affairs, that success to any degree is something I'm inclined to recognize. We didn't have an advance copy of Devil May Cry, we only have early days in the game itself and the excellent demo to go on, but if you don't have the demo at the very least you're suffering spiritually and you don't even, like, know.

There are two things going on that, in my opinion, are worthy of list form.

1. I can understand if a person doesn't like the tone, but it's not a matter of execution. You can not like something, and the "thing" you don't like is still a creature of exquisite manufacture. Ninja Theory is a pretty deft hand at storytelling, and I hope that DMC makes people go back and play Enslaved, but they're doing the Lord's work here. This Dante is rigorous in every aspect of his construction. He's barely able to act as a counterweight for his weapons. He's a "bad boy" designed to be lusted after; the sex is so loud with this motherfucker that I'm picking it up even though I'm not tuned to the channel. They're on some Buffy shit. At the risk of understatement, presenting a male hero this way is, um... atypical.

2. There are games where you can gain advantage by switching weapons to continue combos, but even as early as the demo the effortless fluidity of the game's combat "engine" is impressed upon the player. The toolbox has no bottom; by using the trigger buttons not as attacks but as shift keys to remap the face of the controller, they have conferred something like Godhood. I haven't felt like this since Bayonetta. I mean, download it; download it now. Do it from the browser.

We haven't progressed far enough to see where the oft-heard complaints about difficulty come in - this time, it's not difficult enough - but there was so much to try and get right this time, and you don't relaunch a brand to sell it to the same people. DMC games can get very technical, as technical as you want, really: as a scion of the House of Capcom, Devil May Cry was always a "fighter" in some respects. Enthusiasts already buffeted by the "democratization" of their pastime elsewhere feel the loss of a true test very keenly. But everyone whose job it is to play games really seems to like it, a lot, which means there'll be another chance to get that player paid. Grudgefuck Mode is a bridge we can cross when we come to it.