I sat down to watch King of the Nerds last week fully intending to hate it. In fact the only reason I watched it was because I figured we could get a good comic out of how horrible it was. Boy was I surprised when I actually liked it.

First of all I really liked the people they picked to be on the show. These are the sorts of nerds I would love to hang out with. These kids are the real deal, they are hardcore nerds. Mathematicians, engineers, professional gamers, comic book and video game super nerds and I loved all of them. Now my fear was that the show would revolve around making fun of them.

The first challenge was to pick teams. Each team needed to have five people and being as there were eleven contestants, it seemed pretty obvious that we would be losing our first nerd in a classic way. Team captains were chosen at random and they spent a few hours getting to know each other and talking about the strategy of picking a team. When it came time time to pick the teams we were indeed left with one young lady unchosen. The host of the show pointed out that there is nothing nerdier than NOT being picked for a team and then explained that she was in fact the winner of the competition. It was at this point that they sold me.

Two contestants were picked to attend the “Nerdoff”. A competition that would end up sending one of them home. It was revealed that this particular contest would be chess and the contestants were given some time to prepare. Yes you heard me right, the contest was chess.In my head I had immagined nerds pitted against each other in American Gladiator style battles or forced through obstical courses. No, they made them play chess and it was awesome.

Now obviously we’ve only seen one episode but I have to say I was impressed. This was not a show about laughing at nerds although I’m sure some people will. King of the Nerds seems like it’s actually designed to celebrate nerds and their unique skills. Now I’m not saying the show will continue this way. They could very easily have tricked us all with this first episode. Perhaps later in the series they will send the nerds on blind dates or make them arm wrestle pro football players. If that happens I will be the first to turn off the television. As of right now, after just one episode though, I am impressed. It’s very strange because while none of the advertising seems targeted at me, it feels like the show actually is. I’ll go ahead and wrap this up with a movie quote since that seems appropriately nerdy. “Gentlemen,you had my curiosity...but now you have my attention.” 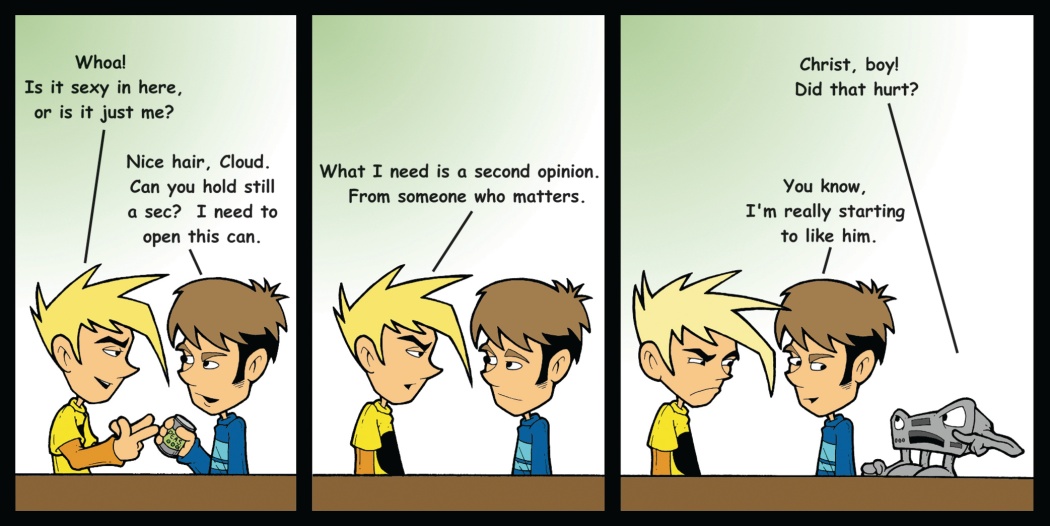