I’ve been playing a ton of Rayman Legends on the Wii U for the last two days. This game is fucking incredible. The way it uses the Wii U gamepad is nothing short of genius. I’ve been playing it with my wife, me taking on the platforming while she handles the touch controls on the gamepad. If you played the demo you know that the person on the gamepad can do cool stuff like cut ropes to lower platforms or stamp out fireballs before they reach you.

I had no idea just how many incredible mechanics they put on the gamepad though. We just played a series of levels that had her carving out paths and tunnels “Where’s My Water” style that I then had to run through. She had to divert a pool of lava with one tunnel while carving out a path for me to get past it. A later level has a lantern that casts light all around the level. If I’m hit by the light I get zapped with a laser. She has to pick up the lantern with the stylus and move the lantern around as I run and jump through the level. I’ve honestly never played anything like this. The way it forces you to work together is fucking inspired.

Rayman Legends is a reason to get a Wii U. 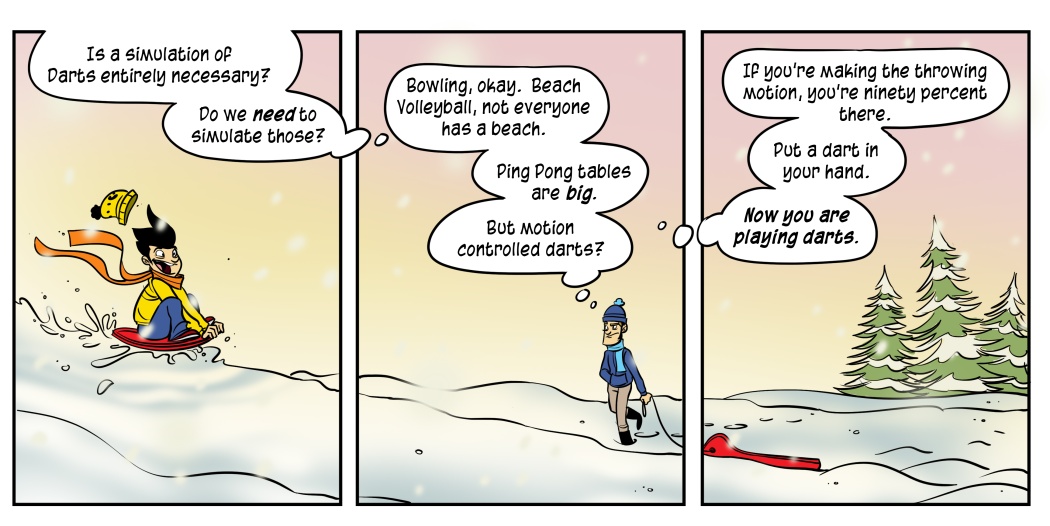