It's all true, except for the reaction obviously. There is probably some weird thing they're going to do that we aren't prepared for, but having been tamped down so thoroughly by our own parents a lot of this stuff just doesn't seem like a big deal. I guess we'll see who was right. 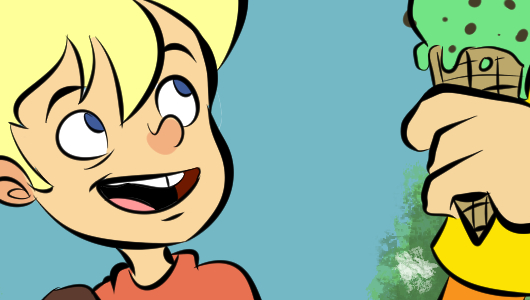 My cohort did show his charge that video which is the distillation of the Lifestyle, except the young man seemed to think this was an awesome, aspirational piece, so something might have gone amiss. Plus: I never miss an opportunity to link Red Fang's Prehistoric Dog under these auspices, and I have now done so.

He's not ready for Uncle Jerry's wisdom on these matters; that Live Action Roleplaying is a great way to meet someone who will bite you the entire time you're having sex. Or even just, like… when you're at at Denny's. It's also a great way to get deeply inexplicable injuries your mom seems to recognize instinctively.

It seems like everybody is talking about Evolve now, the 4v1 interstellar hunting game - they just released info on a few new hunters. I had a chance to play it at PAX, and I want to go on record as being ready to play it again at a moment's notice.

Don't forget that it's Turtle Rock we're talking about, whose logo might read - in a font tastefully smaller than the one for Turtle Rock - "The Left 4 Dead People." Left 4 Dead had interesting competitive multiplayer, at least I liked it; maybe that was the only thing I did like, outside of the characterizations. They've ramped up the asymmetry strongly this time, and having played as the Goliath - a spiky, nasty, extraterrestrial King Kong - I existed almost continually in an animal state. The psychology of being pack-hunted is something I would describe as "unpleasant."

Dialing in melee in competitive games, hitting where you want reliably, takes experience. I didn't have a lot of time to gain that, which is a big part of why I lost. The Monster (whichever one you've chosen) needs to farm creeps, MOBA style, in order to "evolve" (as they say), gain powers, and heal up. You can build yourself up quick and grab some armor just by snacking quickly, but I was under a lot of pressure and couldn't master that in the time allotted. I play a lot of medic classes, and it's like how you need to place the paddles or the syringe directly on a fallen comrade's groin. Eventually you're a pro, but up front you're worse than useless. Honestly, it made me happy I was the only one on my team.

Except I also lost because my human opponents shot me with spiked cables to slow me down, while keeping me penned in a giant forcefield dome. You really do feel a rage beyond language being ganged up on. I guess I don't know how your childhood went. You might recognize the feeling.