I am perched on the eave of his life like a gargoyle. One day I will be That Uncle, and I'll do for him the same thing I did for his father. There are rules of the road, but the rules aren't the road itself. 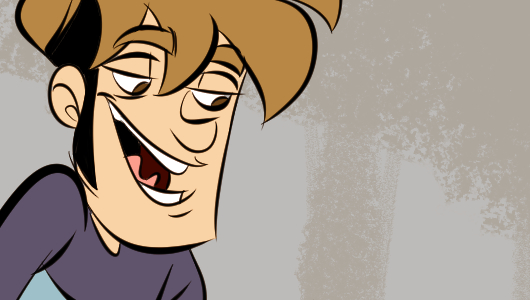 I'm writing the next Penny Arcade Compilation, and at one point I had occasion to talk about (another) one of my weird fetishes: "works" which function both as parodies and as epitomizations of the thing being parodied. It's a weird spot, but there's really no question: Super Time Force fits the bill.

I've seen iterations of this project for years, apparently going back to 2011. A GameJam thing that metastasized, or… benevolized, or did whatever things to when they are good and grow unchecked, it eventually pinocchioed into the real motherfucking deal.

I have played a lot of games, lots, and it's entirely possible you have observed their passage on this very site. It used to be primarily a mainstream fixation, but it's now de rigeur in the game community itself to believe that videogames emit deleterious rays with a host of corrupting efx. Speaking for myself, the most profound psychological alterations come not from shooters, but from puzzle games. I wrote about this once as regards Professor Layton: I had to polish my synapses in order to have any hope of success. After I play Super Time Force, when I try to do normal things, they are much harder because of stupid linear time. Coming out of playing a level or two of this game makes me believe, for a brief time, that I can make a peanut butter and jelly sandwich in any order and succeed, and it's not true.

So, Super Time Force is a nasty and brutish sidescrolling jaunt into Bullet Hell, where life is often short. Except, unlike Bullet Hell, losing a life is often irrelevant and under some conditions is actually the best possible thing.

Death is not really the enemy here. Linearity is the enemy, and succeeding means banishing that demonic prince from the halls of your mind. You can die tons of times, and the sting we associate with it must be banished also, because it's entirely possible that you never even died. You can rewind time, come back, and save yourself. This saved self becomes an incredibly useful boost, a thumbs up from a chrono-comrade. There are bosses which a single person can't defeat. But watch me play through the entire level, in the minute I'm allowed, then rewind back to the start of that minute and help that other me. Because it's a conceivable amount of time and space, I can replay it in such a way as to help myself. Weak points on a boss, sticking out on opposite sides? I hope you aren't planning on shooting one, walking over to the other side, and then shooting the other one like some kind of fucking jerk. No. Do both at once. Literally do both things at the same time.

Like Monaco, you can play this game with an eye toward the optimal - played with Swiss precision - and it succeeds. You can also play it like a child in the backyard, smashing their toys together in a scale model of Armageddon. Super Time Force has the chops to meet you where you are. If I don't grab a tricky power-up, I might spawn ten selves to grab it. Maybe I'm not able to do it even then! It's all just deathwater under the bone-bridge. Because I could have tried a few more times, there's probably some universe where I wasn't a failure. And that feels quasi-good. Mechanically, it allows both expressions of mastery and brute force rendered parallax, which is a hell of a trick.

A common thing in games is coming to a fork in the road, and deciding how to proceed. Gabriel went by the adage "right is right," for example, even if it lead us into the correct pit or directed us into the real arms of true lava. But that entire continuum of thinking is out. There is never any reason in Super Time Force to deny that exploratory impulse, because every life you play is still true. Send somebody down there. Send as many selves as are required to derive the crypt's purpose. Then rewind and go the other way, all while flipping Father Time the bird.