Playing games with us can be difficult. That sentence is true in multiple ways. 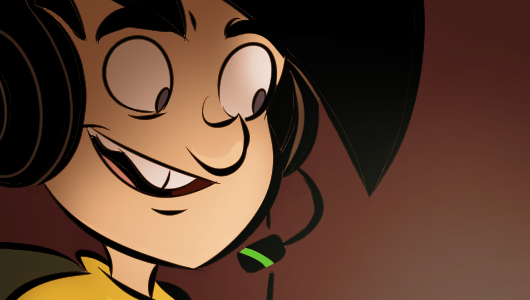 One, playing games with me makes the game harder than usual. Let's say that I represent perhaps seven tenths of one average player. So, if you're playing Titanfall, before you even jump out of the dropship - before you even fire a shot - you're at a disadvantage.

Two, it requires Skynet-level feats of calculation just for the scheduling.

Three, our role is largely to be Royal Tasters, or Advance Scouts - whichever metaphor you prefer. So if you are playing games with us, and you like that game, you're probably screwed because I will see something twinkle in the distance and then I will "flit." I'm a flitter.

I think the last one is a big part of why Kiko hasn't really anted in to Wildstar. He has it installed. He noodles occasionally. But he doesn't do anything halfway. I think he's waiting to see if we'll still be there. I don't have a good answer. I can only direct him to absolutely every other thing I have always done each time, and we don't rate super well on that scale.

What it's meant in the meantime is that the Guildfather role - almost universally played by Keek - has fallen to Gabriel. It's fun when this happens, honestly. As I've said, one of the main reasons I like Gears of War is that there's no slack: there's no asymmetrical roles, there is only improptu chainsaw surgery on someone's asshole. Your choices are to do this to someone else or to have it done to you. So if I happen to believe something about myself, as evidenced by the second paragraph of this post, there isn't an opportunity to indulge in it. I can't let them do that to myself or anyone I know. And if that means that I have to be competent - that is to say, if I have to shed the carefully constructed helplessness I use to excuse my inattention and fragmentary effort - well, that's a novel experience.

I think Gabriel is doing quite well in the role, actually; he is wearing his father's coat, the fingers just poking out from the sleeve. He is learning what Kiko knew from the first - that the Tank is a game piece, with game ramifications, but the presence of the tank extends well outside of the discrete systems, and represents a kind of law.