They seem to corral their mean Australians at the border, just like they do in Canada, and everyone else is generally so nice here that my first inclination is that they are fucking with me. I'm heading over to PAX Aus in a second, after I link the comic and go HAM on this muesli. Oh! Actually, wait a second. There was something else. 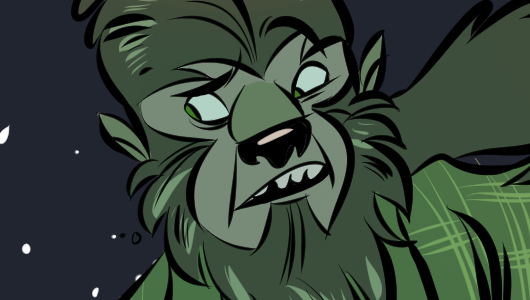 There is a kind of multifloor, indie development cult in Melbourne called "The Arcade" that I had to find yesterday by looking at a map, and then remembering how to get there. Being without a "proper" "mobile" reveals the extent to which the cell phone is Deus Ex Machina of the worst sort. If someone had put a device like this in a story, we'd think they were fucking lazy. There's no thought put into it at all. It just does every Goddamn thing.

I did find it, though, and not ten feet in the door I was forced to contend with a game where players can be trees or griffins or ride griffins while other people are doing that also. It was clearly that kind of place. So I'm probably gonna find a game where you play as different kinds of quarks, let's call it Particulars, where navigating the strange attrractions of that scale are the thing. Or maybe there's something there like Infinity Wars, a digital card game that has already been out for a couple months which I've inexplicably never heard of and whose simultaneous execution and deckbuilding rules tackle big challenges of the form.

Such loci draw in even stranger creatures; one of the ways I know a person is serious business is if they are wearing a polo emblazoned with their logo - and The Voxel Agents did not disappoint. This was a fully custom polo. You would not mistake it either for a polo off the shelf or for a polo affiliated with a competing outfit. Their Puzzle Retreat used to be a go to travel game for me, and I had a chance to familiarize myself with Train Conductor, which is one of those games where you need regulate traffic. I like those. Their new one, I don't want to spoil it but it's Train Conductor 3, was so tactile and satisfying in its interactions that it was hard not to touch it. We talked for awhile about their grand strategy for it, trying to marry the immediate gameplay with creating a kind of train table on the backend. He also showed me a demo for something so young and feisty it still just had the Unity icon. I'll try to figure out how to explain it and get back to you. I want to hang out with this guy.

I was back in that corner originally because I had been talking to the guys who made Bonza, which looked at first like the kind of crossword inspired word game I have way too many of and I was glad to be wrong. Like Infinity Wars, this is something I should have known about already. It's not new. It is, in fact, old. It's free, with free daily puzzles. It's exactly what I like and I never heard of it, even though it's my job to hear about things, which gets right down to it: making something great might be correlated with success, it may be success adjacent, but it's not all of it and it may not even be required. Throwing bottle messages into the ocean is a romantic pastime, certainly, but if I were doing that as my job - as some of these crews are - I'd bite my nails to the quick. And then I'd start in on the fingers.