Gabriel and I are largely CoD adjacent. We purchase them, like them, and play them, but they rarely become a lifestyle. Black Ops II - "blops" - was the exception, at least for him, when he discovered that playing it via the Wii U's remote screen allowed him to play it more or less constantly. He plays the new one with Keek sometimes and experienced some of the classic concerns, but he's got a bad cold that has placed him betwixt life and death. I think he got it from Australia; it's essentially a bioweapon. He probably should have declared it on that sheet they give you at the airport. I haven't been able to play with them as much as I'd like. Barely at all. 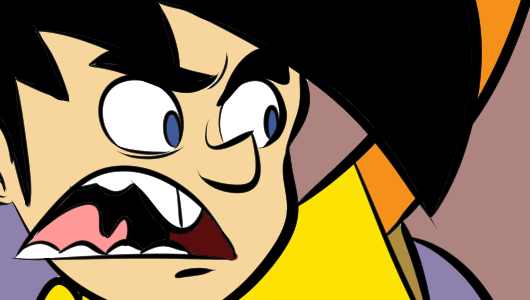 People are playing on the new Summoner's Rift, also; it's doesn't have every change they're introducing yet, and there are a lot, but if I hook a creep when I am trying to grab a champion, it's a different kind of creep. And they're up close, now, so I can really appreciate the distinctions. I'm not in a position to commit, though. It in an Inquisition thing.

I have to admit to being a little confused by this game. I like Dragon Age because I'm a dork, and I gotta like it. I'm not trying to make anybody feel bad with that statement; there are matters of execution that can determine the degree of success, can carve out and own part of a person's mind. But you get a bonus to that roll, right? I said when comparing the series to The Witcher that it didn't feel like hard fantasy to me; there was no ground floor. But The Keep implies a different kind of foundation, a substrate created by the compounded decisions of two previous games. That ain't nothing. Here's what's up: I think Dragon Age: Inquisition might actually be great. And not great because it is a shambling pile of fucking nerd shibboleths. Which I'm totally okay with something being, believe me. But, yes. What constellation governed the development of this game? Was Inquisition their "Final Fantasy" - their last shot for the franchise? Because sweat stands on its brow; it has a manic quality.

I'm playing it on a PC that was hot shit two years ago. I firmly believe that Ludacris would play it on PC also, and everything I have done in my life thus far has been with Ludacris as my North Star. "Good Graphics" to someone who doesn't really play games often has to do with fidelity: does it look like the world they know? So, to Brenna, Assassin's Creed: Unity is startling because she's seeing individual stitches on shit where the stitches would be. I can show her "my Inquisition character," as I did "last night," and she doesn't give a shit. You will see some things even early on that will stir the blood, though; giving this crew Frostbite lets them casually overwhelm players with scale. But if DAII set the tone with Kirkwall, they've managed to unfold it and lay it over a globe in a way that says "this is what we meant last time" and you believe them. You are increasingly travelling through a place of ideas taken shape. I feel like they've done something polite for me when I step into, say, a coast pierced by basalt columns. Like they opened a door, and I stepped through. I feel like I should thank someone.

There is a part of the Dragon Age team that really doesn't understand helmets. They understand heads, certainly. That's where all their writing comes out of, so those have to be executed at a certain level. The profound investment they have in faces makes them try to do these open helmets that never quite look right, their ratios seem goofed, or they're made of weird metals that exist nowhere in nature or anywhere else in the game. These are somehow better than the helmets that don't show faces, and look like no person could ever actually wear them. As though they would crush the head within; as though the helmet were, itself, a form of medieval punishment. Oh! And when I use the Search command to highlight interactables near me, sometimes the location of these things is ambiguous. And the overhead "Tactical View" has a very challenging time with anything but a uniform savanna. There, that's everything I hate. Seriously, that's all of it. If you can make your peace with those, then get in here.