When I was first in Rome, like 12 years ago, people spoke Italian constantly. Basically all the time with the Italian. I expected someone to wink at me eventually and be like, aw, we're just joshing. Come on everybody, let's all speak the sweet English that we secretly crave. 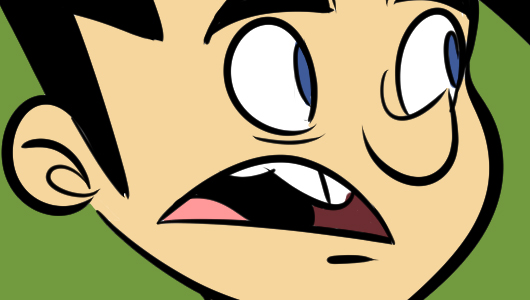 Don't be too mad; I told you that precisely because it was so ridiculous. There was a position higher up in the scaffold of my consciousness that was, like, of course they're speaking Italian. This is Italy, dude; fuckin' keep up. But you need to actually see these things to make a cubby for them in your mind, a place for them to be properly filed. In the Northwest, I have lived in places that either wished or thought they were Texas, satellite colonies, and so it had only ever been a pose or a reflection. They had tiny moons on their heads designed to reflect the Texas sun. But the hats down here are fucking reaaaal.

A friend of mine sent me a text about halfway through the show, saying:

to which I responded:

because the weird curl of the show, the one we began in 2004, has again been planted in a new place and everyone already knows how to do it. Most of the people at this show had never been to a PAX, or maybe to any kind of con, but it felt exactly right - just as it did in Boston, just as it did in Australia. And that's not to say that we can't improve them, just as we did in the other cases. But there is a whirling mystery at the core of this thing around which faerie lights swim. Our job is to stay out of your way at these things, and when we do, a wild PAX inexorably appears. So, thank you. I hope we'll see you again next year, at this place, around this time.

After I had some dinner last night, I was rambling back to my hotel room with the intention of dumping all the lotions, liquids, and washes I had been hoarding all week into the tub. Then, I was going to roll around in this slurry and molt, restoring my lost youth. But I saw someone on my way to the elevator whose face I remembered from their Twitter icon, or maybe it was her; I tried to do a mental transform of this face to match the known angle. And I felt bad, because I thought I'd saw her before that day, and I looked a little too long and then I had to pretend I was looking at a sign very intently. So I apologized, but it was her! I said that I would stay down there, if I hadn't given away my copy of Paperback to a young man earlier. The guy had seemed like a real dork in the best possible way, in the way that I am a dork, so I knew that Paperback - a combination of Scrabble and Dominion - would be an apt riposte to the Michael Chabon book he had given me. But then a man within earshot said that he had a copy of Paperback up in his room, and I felt the feeling one gets in their stomach when they are at the top of the rollercoaster, and they are about to go down.

Then Nika Harper brought over a copy of Gloom and, um, some Vodka, and with our new friends we put together a story about a subtle, frankly hilarious war between old families and the Salmonites, a fish-worshipping cult founded on the visions derived from slightly off barbecue. It was about one in the morning when I got back to my room, and it occurred to me that I had just been to PAX, understood why others might attend also, and shared in the grief of its culmination.