Because it was Thursday, it was also Xursday, which is a kind of weekly holiday for the Destiny enthusiast. I mention this because it's something that you either know in your very mitochondria or it's something that you have no awareness of whatsoever. In any case, there is a drop currency like you have in games of this sort called a Strange Coin, and this Xur fellow is functionally a mercenary Santa Claus who accepts these coins and naught else. And until now, nobody knew why. 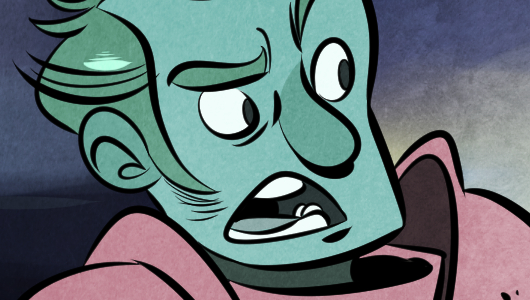 I meet a ridiculously broad range of people, and I have my own system for determining "deal," so I have a messed up concept of what generally constitutes a "big deal" where people are concerned. I have met lots of people who were obviously a "big deal" who didn't seem like it, and I have met people who are not even deals, let alone big ones, who are always demanding fealty. I met someone at PAX Aus who I really hit it off with, and then it became clear that he had worked on something like five of the games that have either created or reflect who I am, and then I couldn't really talk to him like I could before. That's on me, he couldn't have been more amazing. Sometimes you meet your hero, and it's good, but you still have to slink away.

I get the impression that Luke Crane is a big deal, or that he must be, but it never comes up even in deep scans. He's just somebody you want to know. He made a roleplaying system called The Burning Wheel that I played at Ubercon in what must certainly have been another life, which has since been applied to any number of settings. I backed a game called Torchbearer awhile ago, one of the coolest things I ever have, which is that Burning Wheel system applied to the nasty, brutish, and short world of dungeon crawling. I've read the book many times over, and I've meant to tell you about it, especially after I had a chance to play in a game with this Luke Crane person at Prime. It is very hard to explain why I can't, particularly when I perceive that it is my job to. But the experience was small, and perfect, and moves ever so slightly, like a bird still in the egg. I don't want to talk about it because it's mine. Which I will admit is a weird position.

Mechanically speaking: probably my favorite conflict resolution system, and I've been around the fucking block. Applying gruesome pressure from the top, though, is a system that relentlessly meters the physical and psychological effects of that life on a person. You hate it when you're playing but you will also need it. It is very clarifying to have "light" mean something very, very real. It is clarifying to have to "hunger" or "anger at your fellows" be represented at the table as equals with the rest of the things being modeled. He said that the adventure we were playing was part of a collaboration, still unannounced, with a company called Red Hook which had Kickstarted a game called Darkest Dungeon.

Then I met these Red Hook people after the show a couple days later, at a party thing, and heard about it from the other side. I am a person who believes an artist when they tell me about their intention. That is a matter decoupled from an expectation that said work will ever bob its head above the black water. Dreams die sometimes. But there was something fucked up about these dudes. One got the sense, looking at them, reading the particles they gave off, that they were on fire but were somehow okay with it. I bought it as soon as I got home, with the thought that either way it went - if I got a decent game out of it, or if the dangerous energy I saw on display caused them to explode and die - I'd made the right choice.

Except now the game is out in Early Access, and it's not just "decent." You know this because everywhere you look somebody is probably talking about it. They've made a game for gamers, a mean one, a 2D roguelike where you tend a stable of adventurers who may never be able to go on missions back to back because they can't fucking handle it. It's got a very slick, satisfying approach to combat focused largely on your marching order, which is such a fun teen D&D conceit that it makes me crave Doritos.

This is a Tycho game, not a Gabe game, which might help long-time readers. The wealth of Let's Plays will give you a grounding if you're curious, and it'll also expose one of my favorite things: the most relentless, all-in commitment to "verbose despair" in the Lovecraft vein I've ever seen put to photons. Take a look at this thing. If you have ever loved me, take a look.