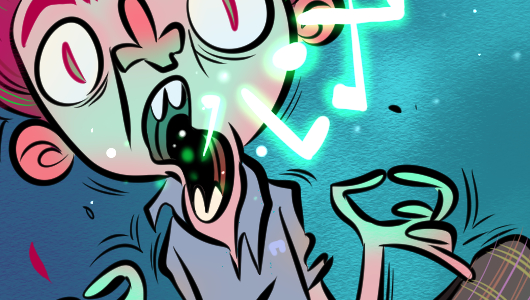 Generally I'm humoring my associate when we indulge in this kind of thing: Bogey Golf, for example. Golgolfa is different, though. We touched on it once before. Golgolfa is what happens when his obsession with actual golf overlaps with my need to make our conversations about golf something that I can endure; something I can survive. Whenever we're actually playing it, something that only happens a couple times a year, the single thread of conversation that houses it resumes immediately. We embroider this thing further every time.

When some of these pots stop boiling, or simmering, or whatever it is my metaphorical pots are getting up to, I need to see if somebody in my incredibly deep development roster is interested in making a

because I think that making it is the only thing that will give me back all this mental storage.

Gabriel keeps refreshing the Automata Kickstarter, and then saying the number that appears, and I have suggested that this is the shortest, A to B style route directly to Crazytown. Kickstarter is a really scary place; if there was any other way to do it, I would do it that way instead! It's very difficult not to feel as though one is pinned to an obsidian dias being assessed at the molecular level by an eternal, unknowable jury.

Or, you know. Something like that. Ha, ha! I'm not crazy.