Motherboard merely joins a raft of sites which have, over the last couple years, removed the ability for users to comment on their articles. It's funny; the first thing I did was scroll to the bottom of the page to see what people thought about it. There was no comment section there, which I probably should have guessed. Force of habit. 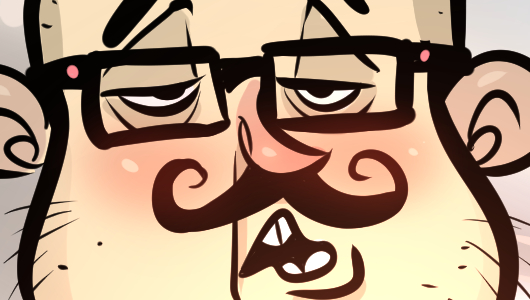 I go to the comments not to find consensus but literally to find people criticizing the article. I want to see the idea of that article discussed. I am not of the opinion that most articles I see are very good; and even if they were, they're not scripture. For me they're like the sausage casing that contains the actual food, which is the community processing the data. Independent of any other consideration, just at a lower level of magnification, I don't think we get smarter this way. I don't think we achieve robustness just rolling around in a bunch of ideologically hermetic spheres.

You don't have to have comments on in order to be a good person. I don't have comments on my posts, for example, and I'm an incredible person. The only reason there is a newspost at all is that I wrote the first website by hand, and the page looked really crazy with a big empty cell on the left of the navigation stuff so I put text in there. I should have just stacked the UI in two rows and saved myself a lot of trouble. I've written hundreds of thousands of words now and gotten in huge trouble and it could all have been avoided. A public diary is an incredibly dangerous instrument.

So, comments are not required, as I said. I don't think you're obligated to donate the footer of your article to people that hate you. Adding comments to our strip page - when everyone else was removing such things - was certainly a conversation. But here's what I would say: having them and then taking them away is strange. And trying to present the fundamentally censorious act as being of a piece with greater communication is simply a lie. You aren't supposed to call people liars; it's one of those things you aren't supposed to do. It seems like a rule cooked up by liars, frankly. But what if a person dissembles madly, and writhes rhetorically, in the service of a goal oblique to their stated aims? I see no reason to invent another word.