The Division is what I'm waiting for now. I try not to do shit like this but believe me 100% when I say that I scammed a code for this game, and technically I could have started playing at five or so this morning when the servers went on, but I think I was still drunk from the night before. 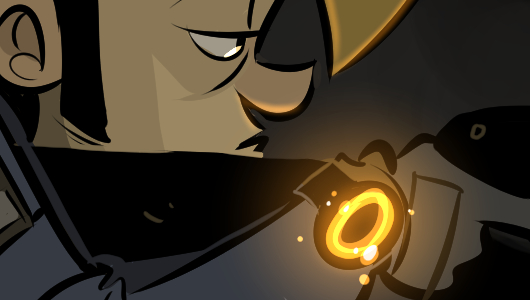 I'm trying to download it here at the office for some kind of possible interaction with it, but it's hard to say what this attempt will actually result in. I don't want to complain about the speed with which I access a, like, global information infrastructure from the office, seems gauche, but here's what's up: I am occasionally inconvenienced by it but if I wait a little while it's fine. That's the kind of apocalyptic scenario I'm forced to contend with on a daily basis. This is some 3012 type shit and honestly I may not survive.

I spent huge portions of the weekend functionally buried in illusory stimuli, having set up a Vive Pre in my office at home, and more or less coming to the conclusion that our species is farther along than I thought. I talked about Google Glass, and how the technological challenges are only part of a matrix of adoption issues - one important one being the fact that wearing such a thing makes you look like a Borg drone, committed to assimilation. When my wife came into the room while I had it on, and started laughing at me in a way I haven't heard since junior high, I could tell that she was less attracted to me - maybe permanently. But I was eating virtual donuts and making cybercoffee. Worth it…?

I've seen a lot of previews for 3D art canvas Tilt Brush, just as you might have; the most compelling one that I know of is the one with Glen Keane, who you know even if you don't consciously recall his name. Watch the video, basically. Oh, right! Him.

Brenna had a bunch of friends over to wear sweatpants and drink this weekend, maybe I shouldn't have said that, but it was rad and there was a ton of cool cheeses. Anyhow, I essentially ran Vive Pre experiments on them whenever I could, and saw a bunch of stuff I wouldn't have seen otherwise. Ronia basically uses Tilt Brush to be a fire sorceress, wreathing fire and smoke around her. I am not an artist so I mostly just chaperone other people in there, and it's very reminiscent of babysitting a friend who is on acid. In both cases, these friends are constantly surprised and tend to fully disregard the physical world.

Like I said, I've seen many demos, but I never saw the shit her friends did in there. One of them is a trained set designer theatre type lady, you know all about them I'm sure, and she was drawing doorways in there and using the volume of the room to make a virtual set. Then she found something I've never even heard mentioned: a virtual dress form. She spent the rest of her time making a frankly incredible dress out of flashing neon rainbows with a matching hat, while her friends oohed and ahhed at the portal we could see into her world on the monitor. She would walk over to the form and stand inside it, looking down at what she had made, as though she were wearing it.

It works. Nobody's getting sick off this. She was making sets and clothes thirty seconds in. And you don't have to teach them anything except the most basic interactions, because our brains know all about three dimensional space. It's startling and perhaps insulting what we've tolerated as interaction models until now.