I don't know much about Titanfall 2 yet, other than the fact that it is clearly a romance. In my travels I often encounter subcultures or representatives of subcultures with unique avenues of titillation. I don't have the receptors for this, I literally feel nothing when I picture it, but I have to imagine that being enveloped inside a steel man is probably doin' something for somebody. I'm sure for them it's like, "God damn. Finally." And then they press and hold the Square or X button over and over and over. 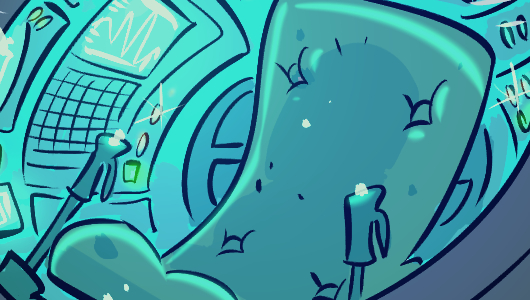 Stephen Totilo at Kotaku has written a kind of epitaph for a Way Of Things that I found very moving. It is about Bethesda's policy on sending review copies, which is to say, they don't in the classic sense. Media is not prioritized. Well, certain kinds media aren't prioritized. The New Media - a definition which once described independent blogs, and now refers to streamers and other online influencers - is still getting stuff early, which perforates the publisher's rhetorical case. But Stephen's feeling is that this is going to become more common and I can't imagine a world in which it doesn't.

With the occasional exception where I have sought a code, generally speaking I don't get early copies of games - so the process being described is the way it generally works for me. As I have said on many occasions, we are not a good investment of that review copy, a fact which is instinctively recognized. Any questions a publisher might have about how a game will be perceived will be immediately raised by my compatriot within, like, five minutes. Anything you're afraid of. Any moment of hesitation. He's like one of those weird ghosts that lurks in the corner of the ceiling, and his diet consists almost exclusively of your midnight fears.

Demos negatively impact sales, which is why we don't get them anymore. A bad demo means no purchase, and a good demo can satiate. This is true even in an era where Next-Gen Systems, because of their aspiration toward being all-inclusive digital storefronts, literally have a demo mode built into every game so you can play it while it's still downloading. I really liked demos. Sit by my rocking chair, and I will tell you when demos used to arrive on silver discs.

I've had a Titanfall code for a couple days, because I was able to scam one. I installed it when I got it, but it wasn't until this morning that I had access to what you might call Titanfall 2. The servers weren't all there. So I had it, but didn't have it - Schrodinger's Game - and a version of this often exists when you have access to something before release. It's very likely not the product they intend to sell, bare minimum, because the Day One Patch is real.

I watch footage before release, I pore over UI in screenshots. I preorder very rarely, because I've learned that is a dangerous way to learn the value of money. I attend conventions and get my mitts on products I'm interested in; I follow the conversations online. I read Reddit. I don't think that an early review is a better review necessarily; I like a Gerstmann review and I can wait for it. If the danger is that we won't be informed, that danger exists now; if we are purchasing things sight unseen, some of that responsibility must certainly lie with us.