I was trying to figure out why Gabriel would be playing Diablo III; I kept seeing his PSN account logged into it. If you're down with the D or whatever it's fine. Lots of people play Diorblo, specifically, lots of people not named Mike. Overwatch or Titanfall 2, certainly. I asked him about it, and he said that while his guts are still fucked up, playing "exciting" games hurts too much, and that playing Diablo - a game where you beat back unrelenting waves of hell monsters - is relaxing by comparison. Relaxing for the heroes, at least. It's less relaxing for everybody else. 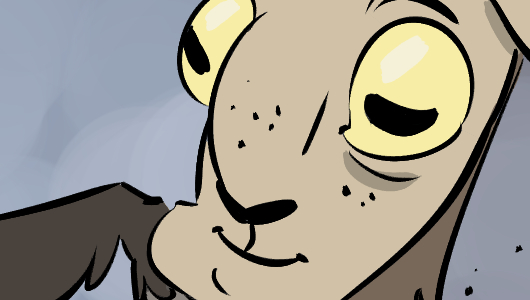 I try not to get in your face about stuff generally, I know that you have entire life that is not necessarily about reading my shit and I try to optimize your time. But! Somebody on Twitter asked me if the podcast - specifically, Downloadable Content: The Penny Arcade podcast - had come back. Except it's been back for years! For years and years! If you haven't been listening to the podcast because you thought it was over, or you didn't know we had one, holy shit. I've got podcasts for days - and not just euphemistically. I mean that if you started listening to them now, multiple days would transpire before you were done. Even I listen to our podcast, which is is probably weird, but whatever. Get a load of these:

- Downloadable Content records the writing process behind the strip, and any bizarre conversations that get trapped in the amber.

- Acquisitions Incorporated: Season One is available as a podcast now also, with the Live Finale added to the feed. If you want to go way back, Wizards of the Coast has popped our classic adventures into a feed as well!

- Staff at Penny Arcade have a podcast as well, available for Club PA members.

Now I'm getting paranoid. You know about the store, right? And that we're making incredible, official Super Mario Bros. pins? And PAX South is coming up next weekend. Did you know that we host as convention?! Dabe and I will be streaming this afternoon at 2pm PST - on the Twitch channel we most assuredly do have. We have YouTubes also! Plural! I'm also going to link the comic page just in case. We didn't just make the one you see today - there are lots and lots.