I have been left completely and entirely alone, abandoned by my Mork, such that he left me with four or so .jpegs and flew away. Mechanically assisted, obviously. He didn't just "throw himself at the ground and miss." 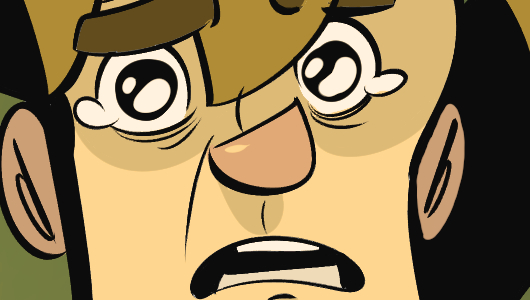 He was telling me about an Adult Summer Camp, of which there are apparently several, and like so much else that a normal person would do it turns out I don't have the receptors for it. So many bedrock concepts that get absorbed in an ambient want by other people, simply… inhaled somehow just accrue on the skin. Accrue, and ultimately calcify.

I wasn't good at this when I was a kid, and I'd be even worse at it now. Even talking about the concept of an Adult Summer Camp sent both of us into terrifying spelunks into our respective larval stages.

In a three strip arc of profound (too) honesty, we will reveal all.

Also! Come play Ping Pong with us this weekend and test your skills in our inflatable obstacle course among other good times oriented endeavors!!!