I consistently buy and play them - the newest Smash on the 3DS reliably generated its martial slapstick. But I would be lying right to your face if I said I've ever been able to authentically conceive of the activity within the game. I still play it! I still have fun. I still play as Samus Aran and fire charge shots from the other side of the map. But it's like a kind of quantum puppet show and I could not explain it to you. 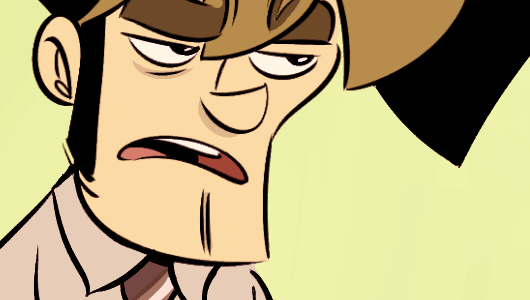 I wonder if any of it has to do with the fact that we could never keep an N64 in the house, back when that was a ship of the line. I've told the story many times so I won't unleash the Extended Remix of it, but whenever Mike needed money for something the N64 got sold. I've said a specific number of times before, but I honestly don't remember how many times it happened. Mostly it's a funny story that burnishes my populist credentials, but it never occurred to me before now that the truly gruesome holes in my syllabus - Smash, Goldeneye, Majora's Mask - are almost certainly the result of this practice.

I should purchase an N64, purely for remedial purposes.

What was once a humble Monday Afternoon Stream where we exposed people to weirdo digital card games is now our Twitch playthrough of Doki Doki Literature Club. We noticed that it was in the "Horror" Directory the designers use for their Livescream show, and we didn't know why. Ryan's back as monstrous protagonist Tommy No-Chill, Smooth Josh plays the narrator, and I have everybody else. 2pm! PST! No Spoilers!!!