I was talking to JP the other day about Path of Exile, because I knew that was one of his many fascinations and I wanted to get some advice from someone who was maybe a little nuts about this shit. I'd been playing a bit and having a good time, but when you see PoE's Skill Tree - which you might recognize instinctively as something like Final Fantasy's sphere grid - you might start to feel a little light headed. 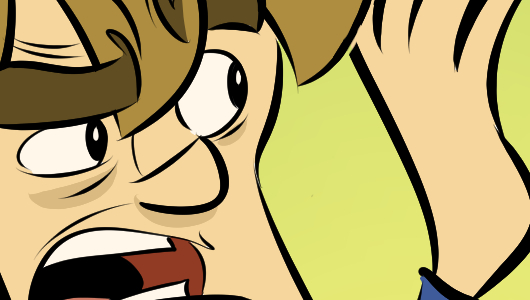 He responded to my earnest queries as though I were considering taking up crack. He told me about a site called poe.ninja - clearly these new TLDs have arrived at a unique place - and after looking over the raw economy beneath the game for a few minutes, my brain began to vibrate at an unpleasant new frequency. I don't think I ever played it again, and not because I didn't like it. I'm sure I'll be back. But, like Sarah Connor

There's a version of that for Madden Ultimate Team, colloquially known as MUT, called Muthead.com; it offers the same palantir-like depth sounding for the operative systems at play there. When Gabe told me he'd been relying on sites of this kind, it reminded me of the other time I'd seen such a thing. What's funny is that I use sites of this kind also, but never for mechanics, and only to refine my spirit such that I may better serve the Emperor Of Man.

This strip just happened to be about Madden; we wrote it on Friday before Madden had any other connotation. I've had friends from Jacksonville write in to tell me how much they loved the bar the tragedy took place in, a place called GLHF, which they tell me is a fixture out there. Now I'm looking at pictures of one of the murdered player's kids. I'm trying to figure out how you'd explain to a child that his father is dead because someone couldn't tolerate losing in a videogame. I'm physically sick with it. I have to do something.