I run home games for Elliot and Ronia both, very different ones: Elliot's is a D&D romp that is like a whimsical take on the Pied Piper, except the parents are pulled away and they have to figure out their shit. They have a powergamer who likes wants to interrogate, torture, and slit throats while the rest of them use their skills and powers to steal as much candy as possible. Ronia's game is a Tales from the Loop campaign set in Aberdeen at the precipice of grunge. They are... quite different. 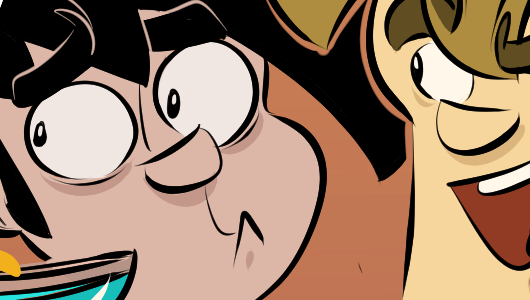 Gabe started a game but the players are all members of his family, and the source material is, well… it is what it is, but if you're gonna start people on their way you could do so much worse than Dragonlance. It might be possible to do better. But not by much.

Firaxis swung hard with XCOM, made what I would call a true sequel not just to the reboot but to the lineage itself with XCOM 2, and the nitrogen they built up in the soil is gifting the tactics fetishist a season of dark delights. Phantom Doctrine isn't a recommendation, because I haven't played it yet - but "a tactical cold war espionage thriller"? Shocking concept. Mutant Year Zero - Sweden is just killing it right now - even weirdo stuff like Into The Breach, which is more of a gore-soaked slide puzzle than a proper tactics game, trades on and thrives in an environment founded on this unique mechanical dialect.

This is all going a long way toward saying that Bulwark Studios' Warhammer 40,000: Mechanicus is a game worth overlooking the complex relationship that Games Workshop licensed games sometimes have with, uh… quality. It has plenty to say on a variety of topics, but turns look a little different in Mechanicus than most games of its ilk and the writing is a near constant source of delight. People were complaining about it being too easy, but I came in after a patch designed to make it less so, and I would not describe it that way. What I would say is that you play as cybernetic priests who live in an orbital war cathedral and your knowledge of technology is so fractional and attenuated that you think a machine spirit dwells inside all mechanical things. Oh, and also: you aren't entirely wrong.