I'm shocked as hell that Gabriel is finally playing The Witcher 3: Wild Hunt, which you (as an intellectual) will readily recall is a game from 2015. It's even more surprising that it's been the release on the Switch that finally did it, but it doesn't matter to me how he came by it too much. The main thing is that he has an opportunity to learn what we learned, and now irrevocably know: that ghosts, statistically speaking, are real pieces of shit. 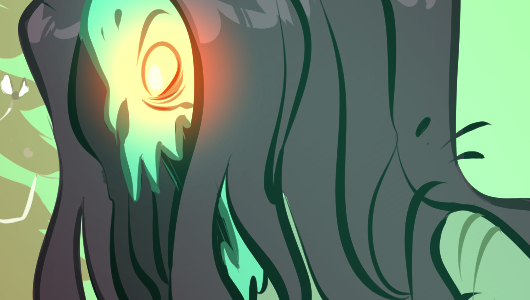 Desert Bus finally pulled in to Las Vegas after 162 hours traveled, with a total of $864,415.01 earned. Typically, as the result of a tic I have elevated to "a quirk" through twenty years of use, I would type a number out as words - but that number is too big. I'm not doing it! I have shit to do today. But I can see a million dollar year in the near future for DB, and I will reserve tears for that purpose.

I had to call in this time, because I'd already spent my familial goodwill on childcare during my anniversary. But last year when Brenna and I were up, I talked to Kathleen about a Mixtape Exchange that (from the time stamp) I immediately set about completing half of and then forgot about. When we talked on the stream this year I said we should really do it, for real, and we did. Here's the one I sent her, the obvious theme being that it is in chronological order but the impossible to derive subtext of these songs is that they were all favorites I played to death and now I still love them but listening to them is now, if not torture exactly, merely… altered. Imagine that each is a sampler box of chocolates, with the good ones devoured, and the taunting, walnut-infested shrapnel there is all that's left. In any case:

I only know about Utah Phillips because of Ani DiFranco, who shows up later in this list. But the fucking lines in this song! I have a very tender spot for Union anthems, and for the sentiments they spring from. If you liked this, give the song Union Maid a try. You might have to try a couple versions to find "yours," but try. That is a song I like to sing very loud while I play the electric guitar (also loud).

It's never been clear to me precisely where or how the term "bop" is employed. It's like the upside down smiley face in that respect; it's safest to let that ground be tilled by the young. But I think this might be a bop. Depeche Mode sort of grew up alongside me, album for album. Indeed, I think I stopped caring about their new music about the same time they did, so it's a policy we've collectively maintained.

I liked a girl who liked this song.

If you aren't already familiar, and statistically it just has to be true, Ani DiFranco has made more good songs than any other person.

Alice in Chains was essentially my rebellion. I didn't get in my mom's face or anything, I just… quietly owned their albums and then only listened to them after she went to sleep. Layne Staley is a completely singular entity and I think being conscious represented a particular difficulty for him.

Brenna does not like Sugar. But she knows that I like Sugar. And she knows that I like it a little more than she hates it, so she endures it. This album, and the first album, and the EP are all really good in my opinion. Sorta carries Bob Mould's Husker Du thing forward with meaner guitars. I don't know how to make the "u" in Husker Du do the umlaut thing, but I know it should have one, because I'm hardcore. Not hardcore enough to figure out the umlaut maybe, but still. There are a couple deeply depressed pop anthems on this record that I occasionally took medicinally.

The drummer in a band I was in - The Fine Print, not The Righteous Corn Farmers - gave me a tape of Pond that I think he'd already heard to death. It was so stretched out that the entire album was essentially being slowed down almost a full step. I got it on CD later and liked it, but didn't like it as well, which is something I think about a lot. Pond is great, though. They're very experimental in music, lyrics, and themes - I'm not even sure this is my favorite song of theirs, but it's really weird and gets very cool near the end.

This is "our" song, Brenna's and mine, but I don't think I've ever told her that.

Every Grimes song is like an album. As in, Albums have overall tones and narrative feel. Good ones, anyway. Well, she makes albums that feel like Greatest Hits compilations because each track sounds like it came from some radically different era, if not a different universe. Check out the song California from her if you can, and dig around for the meaning.

I'm kind of obsessed with Ghost, to the extent that I burn their albums out faster than almost any other band. I just put it on and leave it on until I can't stand to listen to it - until they roll through town for one of their concert "rituals," and then it all starts again. This is the last song on the album Prequelle, and I liked the symmetry of it being the last one on here, which was aided substantially by its recent release. But the ramp out of this song - the ineluctable progression and gothic frippery - is essentially perfect.