Generally I try to be cool with him about Warhammer shit, because he's one of only a handful of people who can tolerate me and that's a precious fucking resource. I don't talk about it anywhere near as much as I want to, which is constantly.  I merely talk about it all the time. 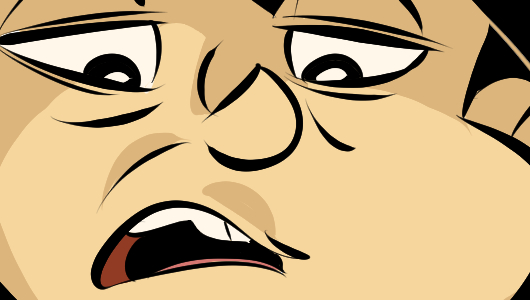 I tried to get away with discussing Warhammer: Underworlds Online, because of the suffixes, like it wasn't Warhammer itself but some other, unrelated thing but it didn't 100% work. It's in the fantasy continuum, so not the 40k shit I actually know anything about, so I have less capability to bore him with it and substantially fewer memes at the ready. I own the physical version of the game, my daughter Ronia and I are painting the models, but I was hoping to learn the game from the online version and it didn't disappoint. Outside of the factions and setting, it doesn't have shit to do with the base game - this is just the broth. When you choose a faction, you have a set of figures plus a couple decks you customize - upgrades and the equivalent of "instants" in one, and another one, the one I think is really interesting, full of objectives you're trying to bring to fruition. So how you choose to score points is kind of up to you, on top of this very solid physical game of positioning and movement. It comes out tomorrow and I'm glad, because I can't beat the AI and I'm hoping that I'll get matched against someone even more hapless than me.

Tuesdays are always bonkers on le streem, beginning at 12 PST with the glorious return Acquisitions Intoxicated, followed by an hour of Grababiel drawing the strip as I answer your questions, but at 3 PST on the stream we're gonna rip into another hashtag sponsored round of Marvel: Crisis Protocol, designed just a little north of here.  In a special Age of Ultron scenario,  Kiko and I are going to take turns throwing cars, newsstands, and dumpsters at Ultron. I'm pretty sure that's how it's gonna go. My win condition is going to be that we win if there's nothing else to throw at him because I don't think we're gonna win the other way.