We are playing Godfall again, I think maybe it's just us. I don't know why. I have theories. 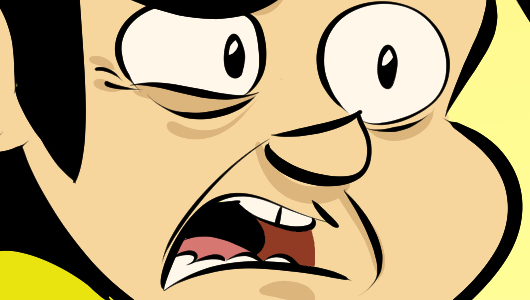 This is the era where we were looking at our Digital Game Collections and we are asking ourselves if we can extract any additional nutrients from them. Gabe wasn't able to secure a PS5, and he has thus far been able to resist the lure of the reseller, so he ended up grabbing Godfall on EGS where a couple of these PS5 exclusives have ended up as a kind of consolation prize. I'm considering some kind of a pun that uses "consolation" to refer to his inability to find one - inconsolable, maybe? I'll work on it. But that's where we're playing it. I don't know if it's better on console.

There's a lot of things that are odd about it. I think that when I watched trailers for the game, I got the impression that we were talking about a Melee Destiny Gear Chase sitch, and it sorta does that, but the way Multiplayer works isn't super robust. Everybody has their own Home Base, called the Seventh Sanctum, that another game would turn into their multiplayer lobby - it has a Forge for your item management and upgrade tasks, a training room, and a gallery of Valorplates for you to choose different buffs and playstyles. That's not how they do it, though. If you have someone else in your party, they don't show up in your Sanctum at all. The host just chooses a level, and then you get pulled down to the world. It feels pretty disjointed. It seems to me, though I can't prove it, that desynchronization issues create phantom objects sometimes in more complex Boss encounters that are, uh, confusing.

It has a very old school PSO vibe, in that you travel down to The World from A Station and The Worlds you travel down to are basically just Specific Levels you have seen before. The gear so far is only starting to get interesting at the end of the campaign - your whole Character is one piece of gear that you unlock and customize, so you aren't chasing individual pieces like you would in another game for a character that is always changing. There's a story that I don't entirely hate but also doesn't really feel like a focus. A lot of the game is either "fine" or feels soft in the middle. There's a huge missed opportunity in the audio for these larger-than-life clashes that would help communicate information of value. If you lock onto opponents, like you… would, it doesn't seem like you can really get access to the whole Weakpoint system they've offered. I'm confused by a lot of their choices and it's not clear to me if they even consider them problems. There's free DLC in the first quarter, and the Patch Notes are long.

It has this sphere grid thing you put points into. That's not weird. What is weird is that the version of the game without the points is so elemental that it barely registers. The feeling of investing the points is like… having a conversation with the designers about what you think might be cool in a game like this. And they're just nodding the whole time, like, "Yeah, man. Fucking yeah. Let's do it." And now you have timing windows after every strike that can unfold themselves any one of three ways. I can throw my shield and hit someone, warping to whoever I hit. Or, I can wait until it comes back to me, and use it to create a burst of damage instead. I can also throw it in a circle, hitting multiple enemies if that's the right call. That knocks simpler enemies on the ground, but do I want to wipe them with down hits, or do I want to kill them with Heavy strikes so I can spread Soulshatter to tougher enemies? That's another thing I bought. Literally the main challenge he and I have now is remembering to use all the rad shit we built. There are games that offer this kind of mechanical complexity, Devil May Cry stands out there, but you either can't choose who you play with or you can't play co-op in them at all. I can't fully recommend the game, but I also can't wait to play it again. And I wonder where it will end up.

After Laura wraps up her Pyre stream at 2pm PDT, Gra'ub and I will take the 2-4 to grind toward some campaign content and maybe show you what we like about it. See you then.