I was reading about the TV Meta, where millionaires watch television shows on stream and then get banned, and it sounded like a lifestyle I wanted to be a part of - so I consulted with an artist friend of mine about what it would take to get that shit poppin' in our neck of the woods. It's not impossible, but it's also not super possible either. We could do it, but he would have to draw twenty-four hours a day for over a year. By that time, hopefully the meta will switch to artists livestreaming themselves killing their writers because we will be well positioned to take advantage of it. 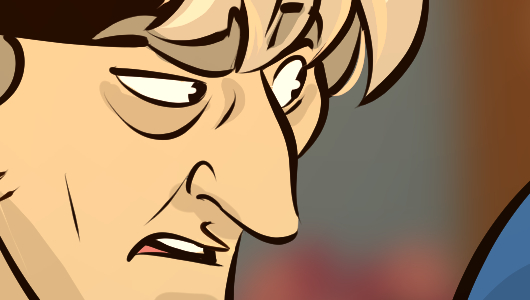 Getting banned and coming back to greater numbers is a venerable technique at the upper tier. I have a hard time believing that they're doing it because they genuinely don't understand what's happening or why you shouldn't. The whole thing has a Napster tang to it I can't shake. Watch Parties have a very constrained bank of content to choose from, and I wonder if this is simply a business before its model has been established. The issue is that there's not much of an incentive to build that model that allows for it, because the only players left are so big there's no value in collaboration anymore. Netflix should just let you do it for them, through them. They're moving into gaming already, and they have a huge audience, every one of which already has an account, plus they own most of the content. They also know something about streaming.  You know?  Anyway.

The Occam's Razor version is that it's hard to fill the kind of time they need to and other people's work is a great way to do that. The only theory I've heard that makes any sense is that this is some way to get a backdoor out of some kind of onerous exclusivity contract. It sounds crazy to say that achieving inconceivable wealth at the apex of a new medium has a downside, but everything has a downside. I think it's really fun to do, but I can't imagine clocking the kind of hours they do at it. That life - one of unrelenting surveillance, performance, and judgement - is the sort of thing you do to enemy combatants when you're trying to get the launch codes. I don't envy them for a second.