I had to pause and rest my mind for a moment after he told me the form of his destroyer. I guess he spells it with an "i" in there somewhere, but still. 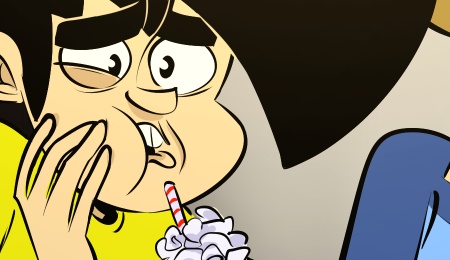 So, I was able to cajole some access to Second Dinner's Marvel Snap, the new juice from the ex-director of Hearthstone, and it's pretty hard to stop playing it. Hearthstone brilliantly made Magic: The Gathering digestible, a genius affair lodged within an impeccable experience, but this approaches from a different vector. This isn't doesn't leverage the almost universal substrate of the genre at all - you have no hit points, and you don't play creatures that fight each other. These warlocks have taken Gwent as the substrate instead, except they've broken the thing over their knee.

Artifact, Valve's bizarre maneuver into the genre, had you playing three games of magic at once. I understand the concept, and how it can be o'erlaid upon the MOBA metaphor, but Marvel Snap has made this actually work. Each game is broken up into three lanes, or Worlds, and your cards combine and interact with the unique properties of these worlds to give your side a point value. That's the Gwent part. Instead of having front and back ranks, each world can only hold four cards. So… you're essentially playing a legible, fast, strategic game, bolstering your side, and you need to win two out of these three lane, world things to defeat the opponent. There are a couple other things; I can go into it if you want. But the experience I just described takes three minutes. There is literally unlimited headroom in the game they've made, and it's startling.

As soon as the strip is written, I'll be joining Dabe on l'strimm to crack into Sniper Elite 5 co-op around 10am PST. I think there's gonna be some meat on these fuckin' bones.