In the sun-dappled Elysia of the before-times, Kiko and I used to go over to Gabe's house and play a game called Dust. One of the cleanest, most fun wargames of all time, it was a very solid place for Gabriel the Younger to start the hobby. The legibility of the system and the celerity of its resolution - for example, it's played on a massive grid instead of measuring arbitrary distances - means that you can go four player and play two games in an hour and a half. Maybe you haven't played a wargame. Just so it's clear: what I've just described is not a thing. I once played a game of Warhammer 40k with four people that lasted twelve hours. I didn't play again for about fourteen years.  I liken it to when one of those big snakes eats a gazelle. 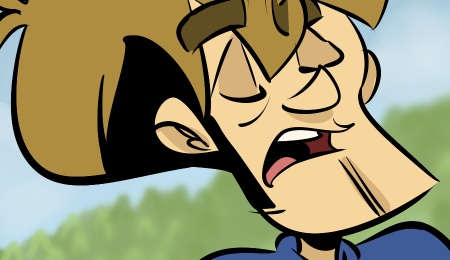 The younger of the two sons over there, Noah, would often put one of his action figures on the table with the rest of the models because clearly that's what we were doing. There's no way he could have understood - with a mere boy's youthful conception - that we were engaged in a sophisticated simulation in which Hawkeye could play no part. Plus, the scale was way off. Hawkeye was like seven stories tall.

In truth I mostly felt bad. He deserved to be in there, it just wasn't time. But with wargame fever taking root over there, and 40k being a bit more knotty, Gabe and Noah have been playing Fantasy Flight/Asmodee/Embracer Group/The Sleeper Below's Star Wars: Legion and having a blast with it.

I found their launch of a gray plastic hobby game after their success with pre-painted X-Wing sorta wild, I figured they'd carved out a niche in the space, but it happened again with Atomic Mass' Marvel Crisis Protocol and something both of these games share is that they are completely excellent. Star Wars: Legion feels very - for lack of a better term - boardgamey, really easy to read, understand, and play, and their starter boxes are compact and fun.

Now Noah wants to play in the Clone Wars era, and has his eye on a box of Clone Troopers. Gabe lamented that he would be forced to play as the war version of comic relief, and I said he could just play his Empire faction from the other starter. "That's not…" He paused. "That's not the right era." He paused again.

"I don't even know why you would say that," he said.