Having a tabletop game store open up just minutes from my house has been fun and expensive. I can’t run up to the grocery store for milk without having to walk past Over the Brick and its shelves of minis, cards, paints and games.

It’s so new in fact that they don’t even have a sign up on the building yet but like ants to a crumb, nerds have discovered this place and it’s slowly becoming a local hangout. I love showing up and seeing kids' bikes and skateboards piled up next to the door. It reminds me of heading up to the nearby arcade after school back in the 90’s. It does my heart good to see a gathering spot like this pop up so close to home.

On Saturdays they have organized Pokemon TCG play at the store and I’ve been attending with my youngest son Noah for a few weeks. I did the same thing with my eldest when he was this age, only I had to drive an hour in heavy traffic all the way to Redmond to play. Now we leave five minutes before the games start and still arrive early! In the beginning only a few kids showed up and their parents just dropped them off. I was really the only “adult” besides the guys running the thing so I played against the kids and was very happy to let them kick my ass all over the place while I remarked about the incredible power of their deck. One little guy didn’t even have energy, just a deck of his favorite pokemon! I was obliterated.

This past weekend things changed. I want to make it very clear that I’m happy that hardcore players have discovered the store and are showing up to play. These guys have decks that are absolute monsters and are so far outside my league that it’s like I was playing a different game. I appreciate these young men and their ability to see the matrix. I wholeheartedly endorse their passion and skill. I don’t ever want to play Pokemon against them. They are apex predators that I fear and respect…from a safe distance.

Over the Brick is also trying to get Tuesday night Warhammer going and while I have not seen it yet I hear that folks have been showing up to play and paint. I’m not sure I’m familiar enough with the rules to take my Black Templars up there to play with strangers just yet, but it’s nice to know it’s there when I’m ready. 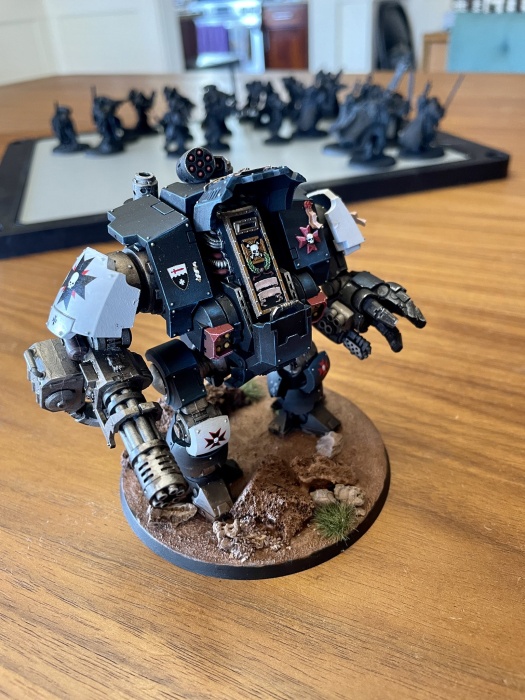 In addition to 40K I was given a starter box for the Age of Sigmar by my best friend Jerry Holkins who also works here at Penny Arcade. I’m not playing it yet but I love the Sylvaneth minis and I’ve started building those in preparation.

So that’s 40K, Star Wars Legion and now Age of Sigmar rules that I’m trying to learn all at once. Oh and what the hell is this Blood Bowl that people keep talking about?

What? Do you not work here anymore?