Gabe and I have been playing a lot of Kill Team but last night we tried our first Spec Ops campaign and I thought it was really fun. Spec Ops is just a way to play Kill Team that adds a narrative element to your games with characters that earn XP and gain new equipment as the campaign progresses.

I had to come up with names for all my dudes as well as a backstory for their Kill team which was honestly something I wanted to do anyway. The rule book comes with a handy sheet you can copy off that helps you keep track of your team but this was not good enough for my son Gabe so he created his own digital Dataslates to use. Here’s a look at mine.

In last night’s game Gabe’s T’au were trying to defend a number of downed drones while my Space marines attempted to hack into them and download the data they contained. Each of us had conditions that would award victory points like holding a point or downloading data. In the end Gabe was able to incapacitate all my guys but not before I got the information from 4 of the drones. It was a great scenario and I enjoyed adding a role playing element to the game now that each mini has a name and a personality. 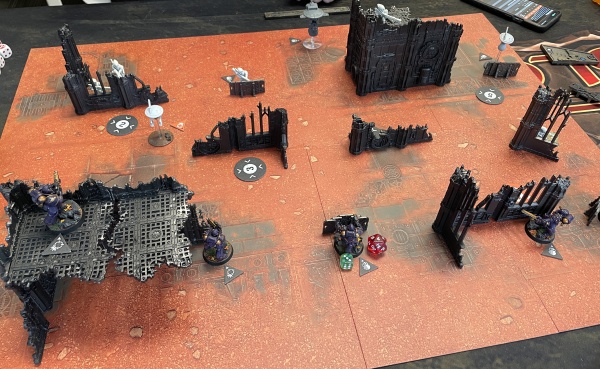 After the game ends, XP is awarded for completing mission objectives and killing guys. As your characters earn XP they can choose specializations that give them new abilities! If any of your guys were incapacitated youll also need to make some checks to see just how injured they are. I had to do this for all my marines and two of them ended up getting scars that they will carry into the next game. One can no longer dash and the other can’t swing his chain sword as hard. 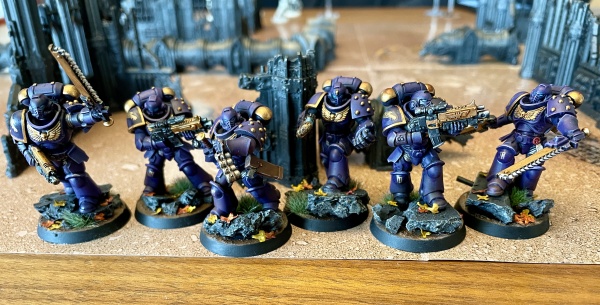 You also earn a currency called Requisition Points that you can spend between games to get new gear or upgrade your base of operations. I gotta say I already enjoyed this game but the Spec Ops narrative play is fucking where it’s at!  I’m as invested in this Kill team and its story as I would be in a D&D character at this point. Now Tylus and his men must return to the Adonis at high anchor, treat their wounds and prepare for the next battle against these vile Xenos!