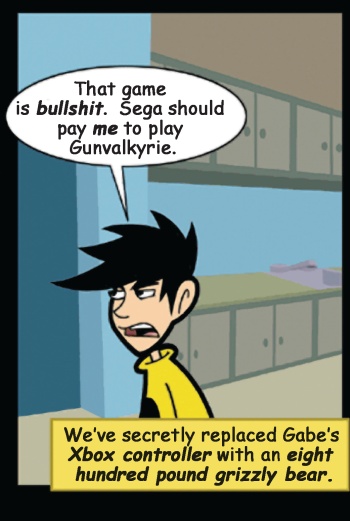 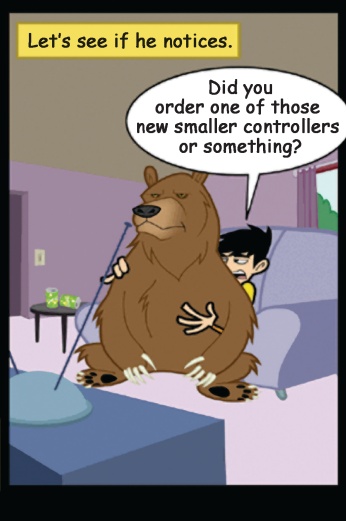 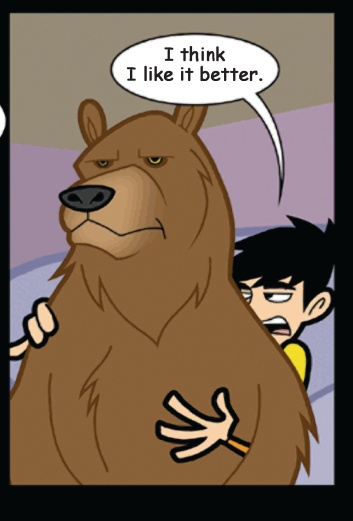 Today's strip features nearly a half-ton of prime bear. Speaking of which, I've always been a little disappointed that our plan to produce authentic Bear Steins never came to fruition - I can't shake the notion that there are those who want to drink bear, but settle for other liquids.

Hello, and welcome to Clarification Theatre. I'll be your host, Me.

I've got the winner all lined up for das "Embarrass Yourself For Our Amusement And Win Dungeon Siege Or Something" contest, and I'll make her life available for public mockery this week. I'm disappointed that more of you did not choose to humiliate yourselves, but on the other hand, I was not forced to see any of you naked. I'm willing to call it even. The next time we dangle a bauble before you, however - please try to be more spritely!

you're the last thing on my mind