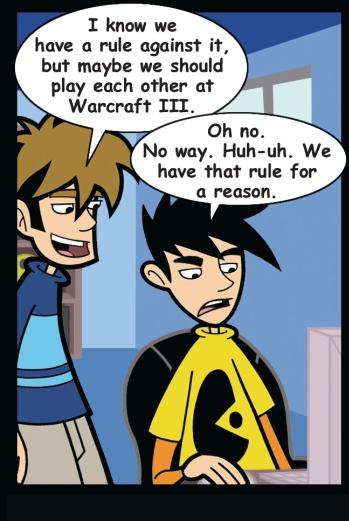 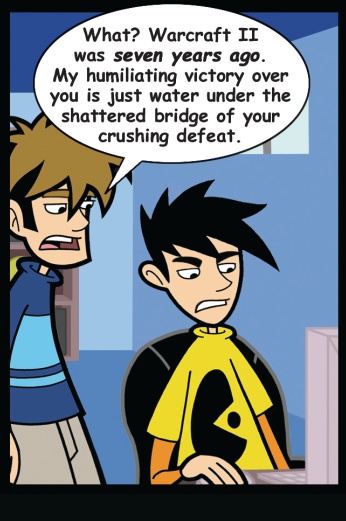 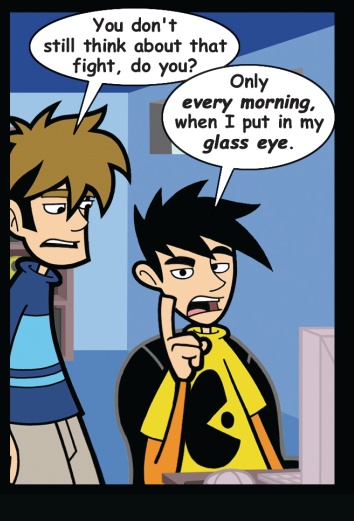 Let's talk about the rule.

The rule very clearly states that we don't play against each other, ever, for any reason, no, in Real-Time Strategy games. In other genres, perhaps. For example, the automated opponents in a fighting game tend to vacillate between "sissies" and "impervious," so obviously you're going to want to switch that up a bit. And though it's rare, we will DM on occasion just to break in a new game. Duke Nukem 3D nearly created an FPS rule though, for the same reason we have the other one - in games, there are many variables which accumulate to determine victory. Online games add "latency" to an already teeming stew of these variables, which is populated with ethereal quantities and otherwise. Some combination of these - diet, reaction time, energy level, mood, ensemble (hat), and so forth - can typically be held accountable for your loss. Legitimate or no, one can erect a plausible barrier between themselves and failure that serves to insulate one's friendship with another person, even when they are dancing around the room, belting an extemporaneous ditty regarding one's recent performance. Not that I have done this!

The issue at hand is that when someone beats you at strategy games, it's like their brain beat you. That's why a rule very nearly applied to Duke Nukem 3D, which continues to be the smartest deathmatch experience to date. If somebody's just smarter than you, I mean, what are you supposed to do about that? Take vitamins? That's not something you can supercede, and death is the only answer. Or, if death is inconvenient, you just never play against them, ever again - hence the rule. Obviously, just being able to build units really fast and then click somewhere on a map is not like some recognized I.Q. test. But now, the rule is so old, it's tradition. You have to fill out a form or something to dissolve it.

I know pretty much the whole story behind why the Army Game launch didn't go right, and the official word from them actually does tell it. I'm not convinced that the Army understood what they had on their hands here - only the "community" as it is called could possibly have supplied the servers necessary to handle the load, which anyone who tried to play on launch night can attest to. A "hundred" or so might seem like a lot of something, when I picture a hundred apples or whatever it takes up a good bit of room, but a hundred servers isn't anywhere near enough. I'm just laying off the game altogether until Monday, when the official dedicated server stuff hits. With any luck, we'll get a server of our own up without the MILES laser tag stuff. Having played it a bunch already, and then telling you it was great, I certainly felt like a jackass when it stumbled at the start. Maybe next week you'll see what I saw.

I just got A in Cutie Chaser. If you don't know what that means, I'm glad.

i don't speak no other languages