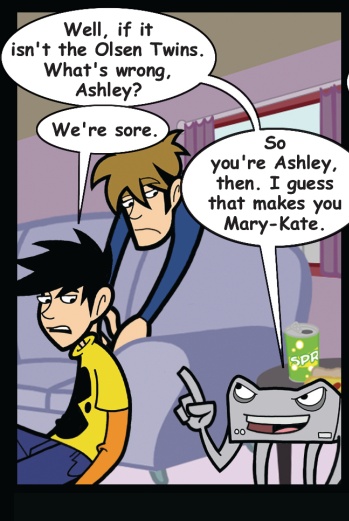 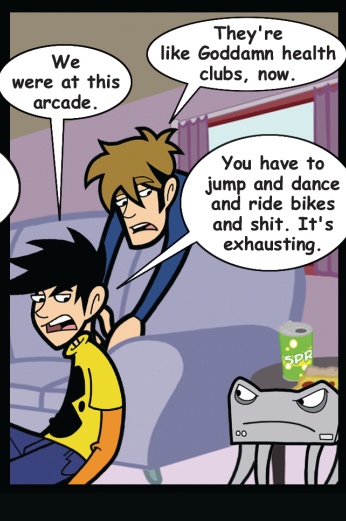 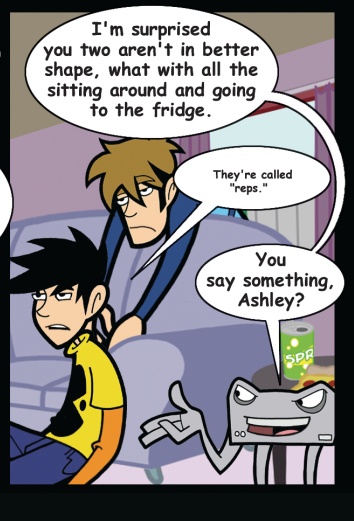 Before I get underway, I want to make something perfectly clear: The dreams one has after playing Dance Dance Revolution, Eternal Darkness, and Warcraft III in rapid succession are beyond harrowing. I thought I was losing my fucking mind.

Hello! We've got a new strip available. Though the comic itself makes us seem sour on it, our experience at the Illusionz arcade - which consists of laser tag, video games, live bands, magic shows, and (inexplicably) family dentistry - made my cube gleam. I'm talking about the whole cube here, too. Not just part of the cube. A lot of times stuff will only partially gleam cubes, and that's not the kind of thing I'm talking about. It even gleamed those portions of the cube which have, historically, resisted all but the most fervent gleaming.

It's a discussion any group of gamers interested in the Arcade context has had, so we're just nodding to each other here, I know I'm not saying anything new: in order for them to continue to exist, they needed to provide something you can't get at home. That seems simple enough, but home consoles at present tap an almost unlimited font of power compared to many arcade machines, so novelty needs to fill that gap. Large machines you can jump around on. Weird, Goldberg-esque bicycle contraptions. Goddamn guitar, keyboard, and drum kit games that link together to play songs. Truly fruity controllers that are difficult or expensive to replicate. The modern arcade is rife with these devices, and I've been going to the Gameworks downtown for so long I sort of assumed that arcades had lost their moment so to speak, and were no longer relevant to gaming. The place positively depresses me - machines kept in poor condition, a stagnant standing catalogue of games I'm not interested in playing even when they are operable.

Konami essentially owns arcades of any stature today, with a phalanx of rhythm genre machines that stay so full it's practically impossible to get on. The linkable music machines I mentioned - Guitar Freaks, Keyboard Mania, and Drum Mania - I mean, shit. I don't know that I have the power to explain what a revelation those games and their connections were. I saw a bright light. So, custom controllers rule the day. You can get these strange devices at home, I'm perfectly aware of it, just as I know you can get DDR pads - but playing rhythm games in the arcade is a completely different experience. They're part performance art, part jukebox, and part improvisation. I am Konami's servant.

I was shocked at how many girls there were in there. I think that is a positive development, and I like to hope Dance Dance or whatever is a gateway game into RPGs or some other electronic diversion proper for a sophisticated young lady.

We are changing subjects. Brace yourselves.

There's something critical you should know about my method for determining what is right and good in entertainment, and I've never detailed it because it thwarts my credibility. Something can either be "good" on merit, i.e., it can be well thought out, posessing goodness, what have you, that's more ethereal. Or, it can simply include one of the three following things. Game developers, Movie Industry, Chiropractors: Take heed.

It's not hard. So, yeah. You can either make your game, movie, or spinal column good, which is hard, or you can include the stuff I just talked about, which is easy. I'm just saying, Industry. Keep in it mind.

we will call it our new hope 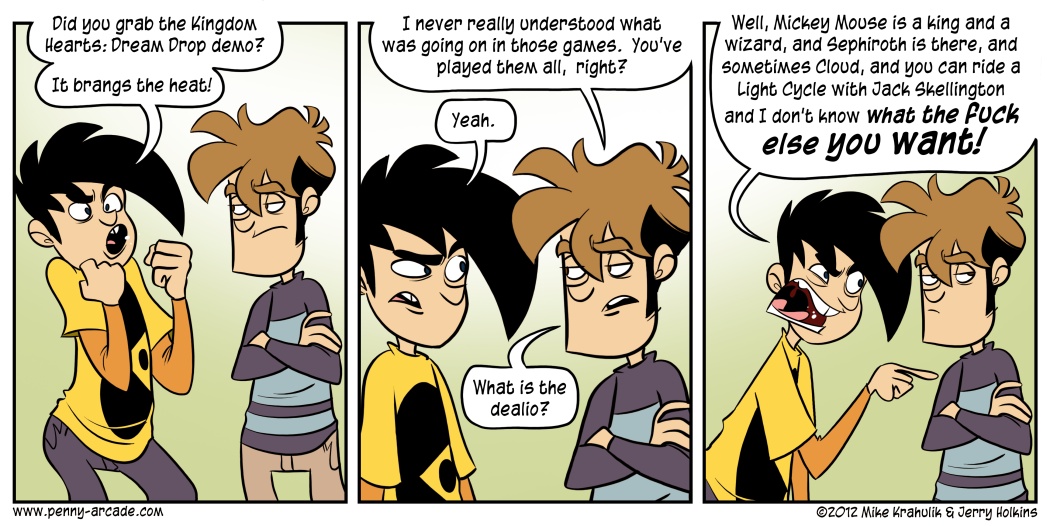