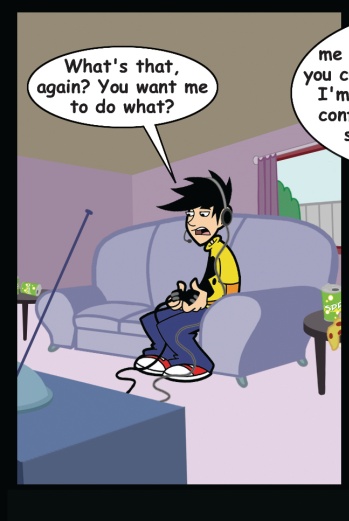 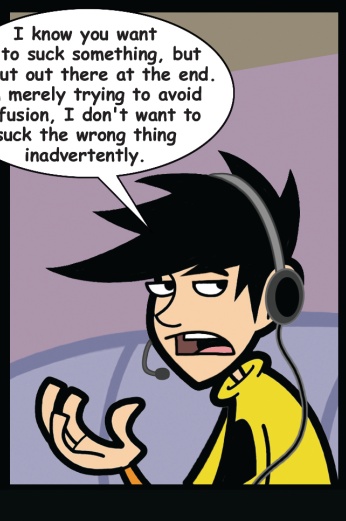 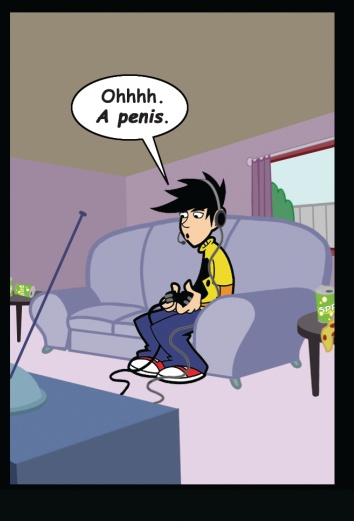 One of many titles in Wednesday's Festival du Gaming, we are of the opinion that SOCOM: Navy SEALS is pretty good. It also comes with a USB headset for your PS2, which your teammates often use to expound on philosophical topics. Let me summarize every review you're likely to see: Fun game, bad single player A.I. That's really about it. Gabriel will be here to discuss the game in much greater detail, as he is the one that actually owns it and plays it all the time, but I will say that one can have very good time with it. It's true enough that as PC gamers we've seen all of this before. This genre has been refined through years of iteration - however, SOCOM takes advantage of that groundwork. I cannot conceive of a universe where SOCOM would compare favorably with Halo 2 on Xbox Live, but one is out and the other isn't, you know?

Here's the other stuff I'm playing.

Dead To Rights: Well, after playing it, I can see why it might be difficult to deliver a definitive appraisal of this game. It's a bundle of contradictions that almost perfectly negate each other. Bullet-time may have been done better in Max Payne, but Max Payne has no hand to hand combat. Hand to hand combat in Dead to Rights has many interesting options, but is unwieldy at times and monotonous at others. There are many environments in the game, but it doesn't look like an Xbox title should. The camera is really very miserable by and large, but the lock-on feature largely mediates it. Some of the frequent mini-games are interesting diversions, some are completely inane and overstay their welcome. You can order your dog to completely devour a man's trachea, but... No, I guess that's pretty good. I really could do this all day. It's a good enough game if you can put up with it.

Onimusha 2: Gabe was tiring of the samurai sequel after only a couple hours, right about the time I was just starting to get into it. It helps that I have a very high tolerance for movies of this type, Yojimbo, Seven Samurai, so things that some people might think are silly (like reaffirming one's desire to destroy the antagonist every five minutes) is, for me, pretty much what the whole thing is about. The cadre of specialized warriors that makes up your "group" is a really nice addition, camaraderie and whatnot, and the ability to give and trade gifts with these party members (though the results are often completely mystifying) is an interesting mechanic that I can dig, man. Other than that, yeah - better swordfights, truly delicious character designs, and longer playtime all seem to recommend it. I did like the ability to have Japanese voice acting with English subtitles in the first Onimusha, for the same reason I don't watch dubbed anime - because English voice acting is complete garbage ninety-nine percent of the time. I don't know what's so fucking hard about getting someone who is not a complete moron to do voice acting for games or animation. It's like they take everyone who happened to be in the room at the time and just turned the mikes on. For all I know, Japanese voice acting is just as bad, but at least they seem to mean it.

Last thing: My friend Webjester, he's whipping up one hell of a vehicle combat game with Garage Games' Torque Engine. I've got the demo he's made of it so far, everything drivable, physics in there, independently articulated shocks for each wheel - but as a coder, there's only so much he can do without more models. He says the models in question don't even need to be very good - he simply needs things in there to progress. You want in? Drop him a line if it sounds like something you might be intrigued by.

I lied to you, that's wasn't the last thing. When big fancy companies look into advertising with us, they invariably want to know what type of person reads the site. "Nice people," I say. As it turns out, they are looking for more detailed information. We're going to run a twelve question survey next week, it's all the basic crap you'd see in anything like this - age, sex, income - but there's also a couple I'm personally curious about, like which consoles you play or if anybody actually reads gaming mags anymore. We aren't collecting email addresses, and we're not going to be mad if you don't do it - it would just really help us out if you did. There's even a treat for completing it! It's not too big a deal, I just like to keep you up to speed. Have a good Labor Day, as it is called!