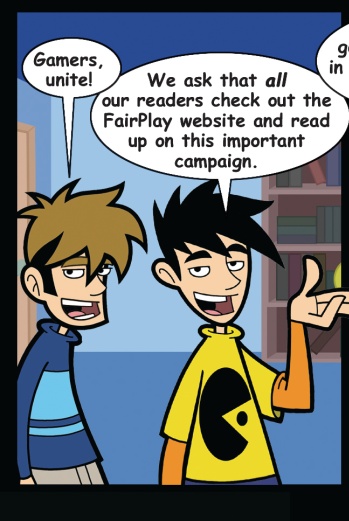 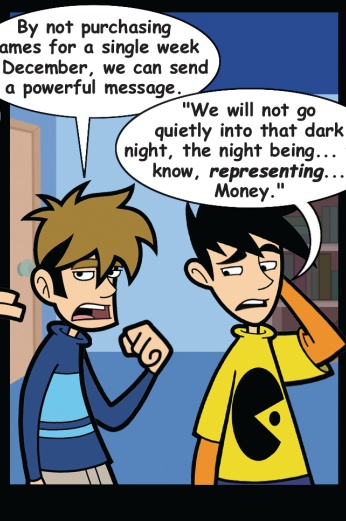 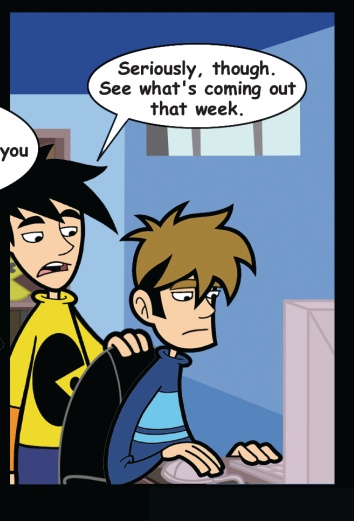 The problem with games isn't that they cost too much. I'm not an economist or anything, but I'm willing to bet that regular old, non-collector games cost more or less what they used to in real dollars. What's more, the technically savvy have been getting games for free as long as there have been games, and this will only get worse as prices go up. No, I'm afraid we won't be joining this boycott, or any other boycott, or signing any petitions, or wearing a silly suit and walking back and forth, or any of that shit. Activities like this will only anger our corporate overlords, causing them to activate dormant volcanoes in our midst and bury us in molten rock. So if you're into magma or whatever, you know, hey.

The reason we never go in for feel good, change the world adventures isn't just cynicism. Okay, maybe some cynicism.

The problem with the games I buy is that they're fucking broken. There was a spat on here recently about consoles and PCs, which is better, and I'll be straight with you when I say that the last few days have tried my resolve as a diehard PC enthusiast. These were my choices last Saturday night. A, I could keep banging my head against Unreal Tournament 2003, the brand new game I bought whose inexplicable crashes to the desktop put my remaining hair follicles in full rout. Or B, I could just turn on my PS2 and play Sly Cooper, which from beginning to end never gave me a moment's pain. The issue becomes more ridiculous when you realize that Unreal wasn't crashing because it was poorly conceived or produced, but because there was a known issue with the copy protection method that keeps legitimate owners out of the game. I hate to keep harping on that, but my Inbox is full of people who got screwed by this right alongside me, and I feel like their avatar. Infogrames put something they knew would break the game for some people on there, they had to know, because they'd just had the same issue with Neverwinter Nights. Of course, you're only going to see that on forums and in tech support correspondence - such is the state of PC gaming and the news covering it, that a publisher can commit an act of this kind with full cognizance and it's totally fine.

I suppose it's off topic, but it may be of some comfort to you in these dark times. Popcap put something out to give back to all the linguaphiles that have supported them over the years. Obviously, I'm down. Or should I say... Well, down?

i'm the best there's ever been