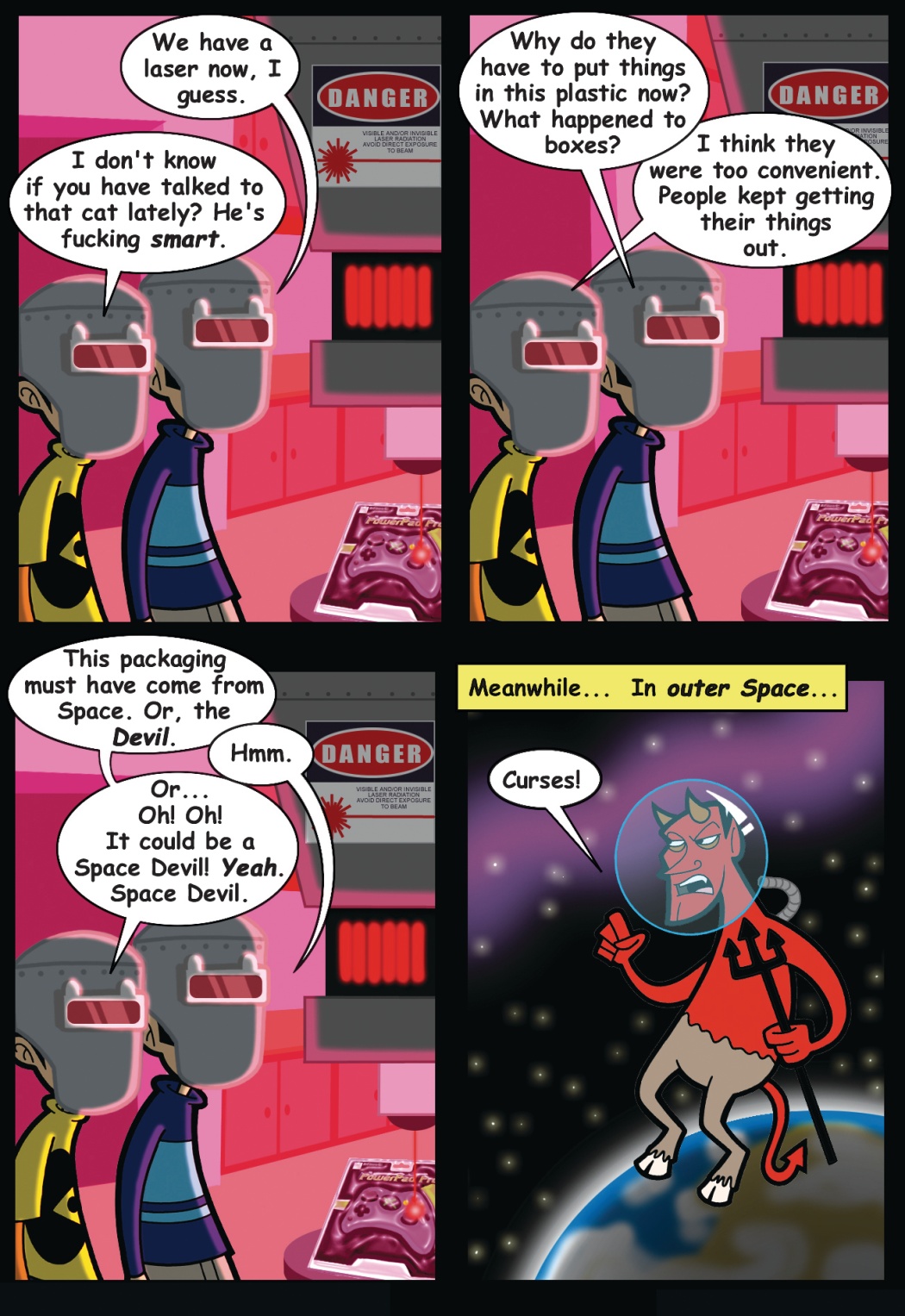 When you buy a peripheral anymore, you might as well just get a jigsaw before you leave the mall. We don't lock up our prisoners this well. Why our gamepads and so forth must be hermetically sealed is beyond me - have they done something wrong? Is it for their own protection? If they don't want me to have the controller, and that's fine, maybe a better plan would be to keep it out of the store in the first place.

Or, and this is a theory with some factual weight, perhaps the people that make these products stoke such a furnace of contempt for the consumer that good sense never enters the equation.

I have a very serious question to ask you, Unreal Tournament 2003 People - and speak carefully, for much depends on your answer. I need to know if you were dropped as babies.

The only reason I'm asking about this is because - before I got it home, at least - I felt myself very lucky to have found your product on the shelf on Saturday. We had heard maybe Friday, and wouldn't that have been marvelous but I never once expected it, so the weekend release was a welcome surprise. It was an idyllic event plucked from an orchard of pure fancy and I capered back to my Mazda Protege with a warmth of spirit that bordered on the post-coital. I held my wrist aloft, and a tiny bird lit upon it singing a song that I once heard in a dream.

Readers may recall my post from the twentieth regarding the use of anti-piracy measures which, in every conceivable universe, harm only paying customers. They could not have designed a system more flawed if they had set out specifically to do so. And the more elaborate their schemes become, the more the scent of this prey excites the pirate. Their wild gyrations only serve to make them more delicious.

Unreal Tournament 2003 People, explain to me why your game there sends me to the desktop ten seconds after the menu comes up. Would you have me believe that one of you hideous mongoloids actually ran a final copy of this game? There is no evidence of it. While we are here discussing things so plainly, I need you to tell me why utilizing an executable with your hilarious "security" measures removed works without flaw, for as long as I wish to play it. What I'm telling you is that the only way for me - and many, many others as you'll soon see - to play the game we bought from you is, in essence, to steal it. Meditate on this. Don't close my page, and don't prop up one of the straw men you have laying around just so you can be right.

You can fix it.

Put out a patch that replicates what the pirates did, and excise the ridiculous, impotent, insulting technology that injures loyal customers. This won't take long. You've got a real fun game here that does a lot right. You've done a lot right. Would one more thing really hurt all that much? Let's say I'm wrong, and I called you mean names for no reason. I'm sorry for calling you a mongoloid, let alone a hideous one. That was impolite of me. But if this technology is demonstrably ineffective, helps no-one, and actively hurts others, why must anyone tolerate it?

i rely on oxygen