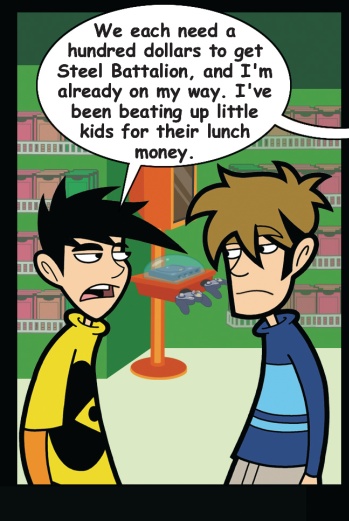 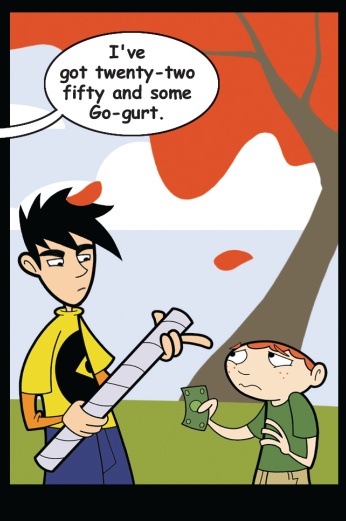 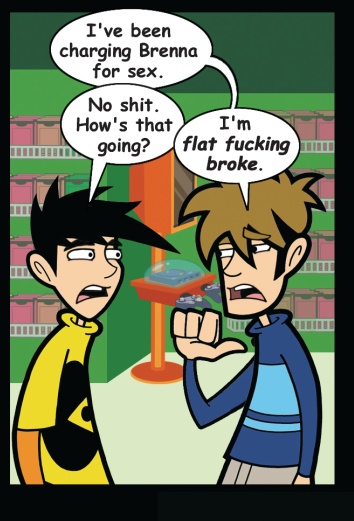 I had resolved myself to be opposed to it, which never works. I saw it at the last E3, and it played like a fairly standard mech game. That's not to say that it didn't have a certain charm. It has a convincing, World War II cinema look and feel, and had World War II been waged by gargantuan vertical tanks this might very well be footage of that conflict. The game looks fine. I don't doubt that it will be amusing enough, if a bit predictable. So what would make us split the cost of something like this? There are those among you who know the answer.

From the first, I knew that the custom controller was novelty run amok - which is why I endeavored to mount resistance. I wouldn't be claimed by it. Based only on my E3 experience, I might have been able to hold out. I even had Gabe to back me up, and I figured we could weather this shit. When we got our hands all over the controller at that Xbox Live thing, though, for an extended period of time, it made an impression.

There were two things that finally urged me into this ridiculous purchase, and I'll admit that they aren't terribly robust - they're utter pretext. First, if the stick was for a single game, I might not entertain the acquisition. However, as a sequel with full online support is already confirmed, that mitigates the issue somewhat. Second - and hopefully this is still true - if you die in your 'mech without first flipping up the guard on the eject button and launching yourself to safety, it deletes your saves game. Ha! I endorse that kind of depravity.

The EB site changed a bunch of dates this morning, so it's hard to know if these games are coming out today or tomorrow. Either way, I'm in a world of hurt:

A game that really intrigued me from E3, Robot Alchemical Drive isn't really like anything else that I know of. Think about most games that sport the big robots. You tend to take the role of the robot itself, so your scale is drawn by comparisons to your environment - usually some lackluster buildings or gigantic mountains or you're in space so it's hard to tell. RAD is the exact opposite of that. Your perspective is largely drawn from a single human being, i.e. you, and you are controlling inconceivably large robots by way of a remote control. And I don't just mean controlling them forward, back, left or whatever. You control individual limbs, the machines are like puppets that siege modern cities. It was such a neat concept that I'm glad some company decided to run with it.

My secret desire, Starfleet Command III appears to be mixing up the formula a bit. With RPG style crew members that gain experience and refine skills, what they say is a streamlined interface, and ships drawn from modern Trek mythology, it's not something I can stay away from. I loved the first game, with its inscrutable interface that exposed massive functionality at the expense of 1d20 San, but I am curious to see if anything is lost in the simplification. I skipped the second iteration of this series, as it seemed like the interesting Dynamic Universe option would never materialize. I don't know if it ever did, and now it's not relevant.

I wrote a long piece about Phantom Crash, but this was when we didn't really have enough server and the news script ate it. To summarize, Phantom Crash is one of many extremely beautiful, extremely promising games en route from mysterious publisher Phantagram Interactive, who I have never heard of before. Who the hell are these guys? We may never know. I've heard the game is a MIXED BAG, so readers unsettled by the prospect of bags would do well to avoid this one. I'm in for the luscious visuals, mech building, the joyful use of English common to non-native speakers. You might think I'm making fun, but I crave that shit. The interfaces are dense with style and info, to say nothing of cats. They have a video that shows off the customization options to a catchy tune I'm humming even now. Yeah!

So now, Gabe is playing Final Fantasy X, and I'm lusting after Ratchet and Clank. It's a bizarre reversal but I'm okay with it. We came away from (here it comes again) E3 with a demo of this Ratchet game, which we thought was fantastic. People keep working that PS2 hardware, and the moment I think it may have passed into irrelevance technically somebody shuts me up. Massive, colorful, active worlds that will make any proponent of the platform genre titter. The demo we had was also pretty amusing, which I guess I didn't expect. Like Banjo Kazooieieie, Ratchet wears this little Clank character on his back, where Clank has all kinds of enjoyable idle animations. There is one where Clank appears surprised that he has hands, and I never thought about it before now but hands are pretty weird.

in the tidal destruction